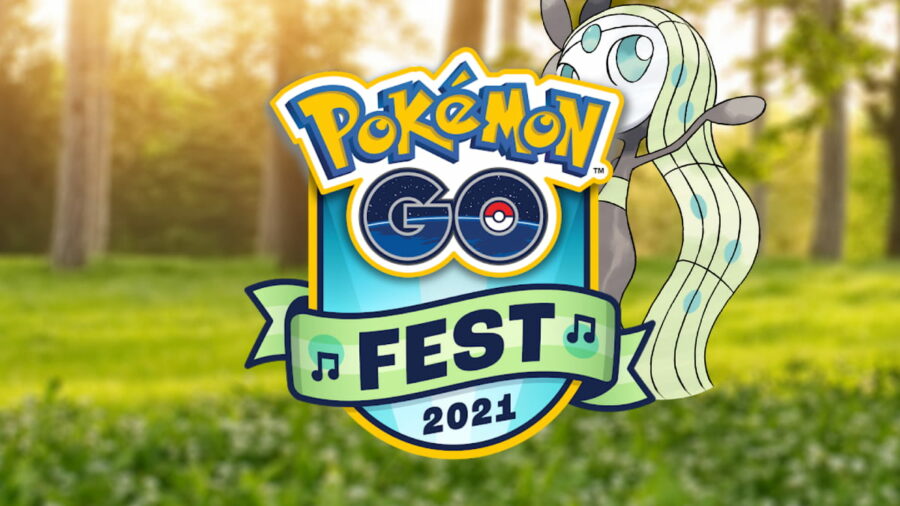 The official event date for Pokémon Go Fest has been revealed to be July 17 and July 18, 2021, but additional information has been revealed to make us consider what special features will be included! There is some speculation on the Pokémon Go rumor mill that Meloetta may make its debut during the event. Here is why this theory is on many players' radars.

According to the event's official announcement page, we know the following special feature will be available to Pokémon Go Fest 2021 Ticket holders: "Pokémon GO Fest 2021 is a music festival, and you’re the show director! Help Professor Willow and the team leaders put on an incredible concert celebration by choosing between certain Pokémon to join the festivities. Complete this Special Research for special rewards, including an encounter with a Mythical Pokémon, a shirt avatar item, and an exclusive avatar pose!"

The part we'd like to focus on in the text above is the short, easily missed phrase "including an encounter with a Mythical Pokémon". This is significant by itself, but it presents the question on everyone's mind: Which Pokémon is it?

There is no confirmation yet, but Meloetta, the Melody Pokémon, would be the only Mythical Pokémon to solidly fit in with the event's musical theme. The only other Pokémon related to music that isn't specifically mentioned for the event is Jigglypuff, who is not a Mythical Pokémon. Still, there may be some collaboration between Jigglypuff and Meloetta (if it appears), since the spawn rates for Jigglypuffs have increased for all players over the past month.

As convincing as this theory is, that's all the information that's been released. If you have any thoughts or additional theories, be sure to leave them in a comment below!

Meloetta is a strong Normal and Psychic Pokémon, but is it strong enough to reach the top in our list of Best Normal Type Pokémon in Pokémon Go?