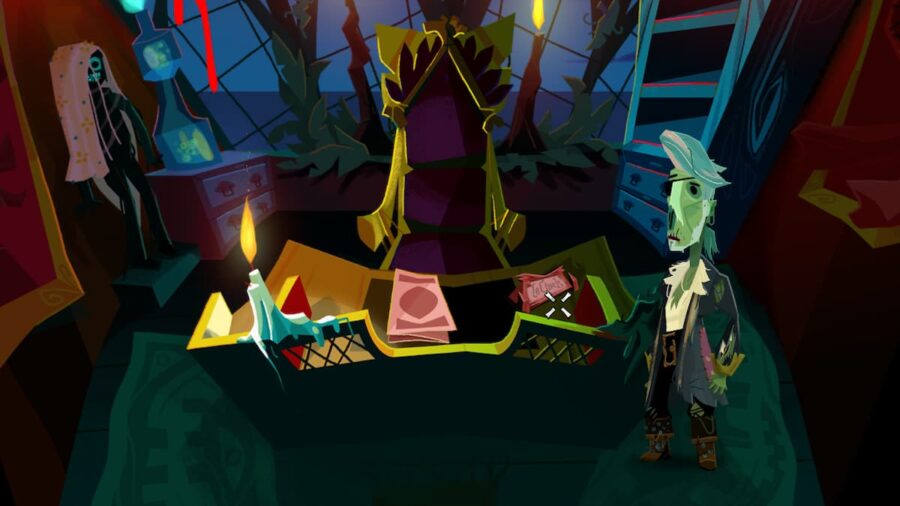 Being a pirate can be hard, just ask Guybrush Threepwood! He's on a mission to find the secret of Monkey Island, whatever it takes. That resolve has brought him to LeChuck's ship, as his old mortal enemy had the same idea in mind. So now, masked as a zombie, Guybrush has to get the map from LeChuck so he can return to Monkey Island. Here's how to steal it on Casual and Hard mode.

This is the final challenge in Part 2 of Return to Monkey Island, so be careful! Here's what you need to do to get the map from LeChuck, both on Casual and Hard mode:

Related: How the Hint Book works in Return to Monkey Island

Now that you have the map, you need to send a flat skull to Madison so they can finish their potion. To do that, put the skull in the cannon and fire it away! After this, there will be a celebration, but Guybrush will foolishly throw his magic eyepatch, revealing himself to LeChuck. You'll have a chance to trade insults with your nemesis, but you'll fly off the boat no matter what you choose. That concludes Part 2 of Return to Monkey Island!

For more help in solving pirate mysteries, check out guides like What's the difference between Casual and Hard mode in Return to Monkey Island on Pro Game Guides.