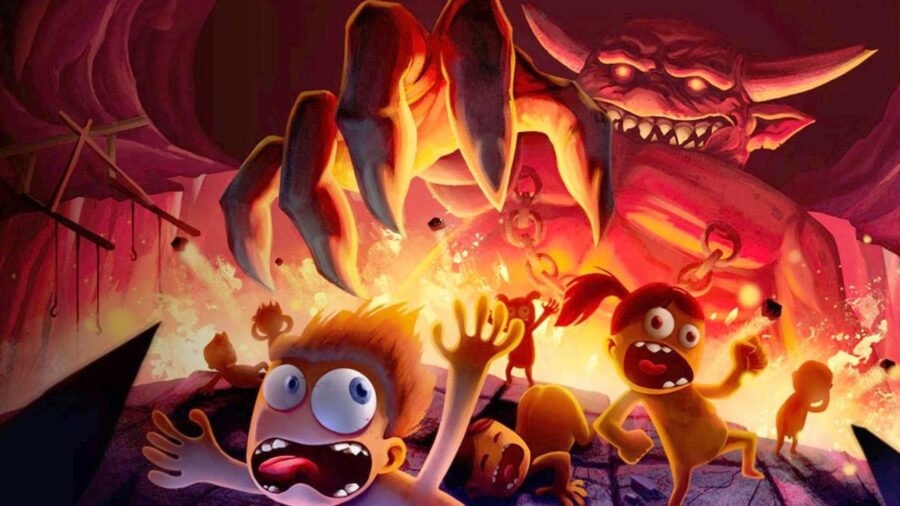 In Hell Architect, players are assigned the role of a Demon that must manage scenarios in a simulated underworld that are apparently too stressful for Diablo himself. You have a myriad of tools at your disposal, including torture devices, people, and structures to manage the needs of your unfortunate underlings.

Players will be drawn to its unique art style: a pleasant mix between characterized and simply-detailed two-dimensional graphics, with all the aesthetics of hell in mind. It's also a relatively simple game to understand, even if there is a slight learning curve at the beginning. Hell Architect is an interesting concept and succeeds as an edgy alternative to an over-saturated Colony Simulator market.

However, Hell Architect fails much more than it succeeds. The aforementioned art style would be wonderful for a point-and-click adventure but simply clashes with the Colony and Resource Simulator mechanic. But it lacks depth or any kind of riveting gameplay. After the first few hours, everything starts to feel the same and becomes so bland.

Hell Architect is accurate when it describes itself as a Hell Simulator. Unfortunately, the simulation of Hell means it's playing the game itself. The game fails for likely the same reason it was projected to succeed: it feels like a silly idea that someone had and pitched on Kickstarter to see how people might like it. But alas, in this instance, it seems to have fallen far short of what people expected.

The game likely could have had great success as a free-to-play mobile game with in-app purchases, but its content is nowhere near worth the hefty $25 USD price tag it currently holds. It also could have been a mischievously clever play on the simulation genre but fails because of its simplicity in an age of advanced gaming.