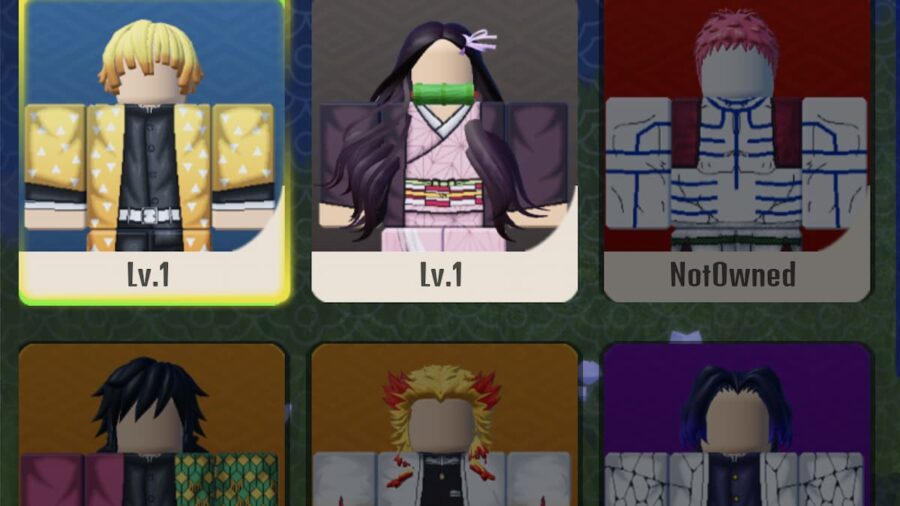 Roblox's Demon Soul, heavily inspired by the Anime Demon Slayer, is all about collecting different characters, leveling them up to their full potential by battling enemies, and discovering their unique, unlockable abilities. The characters are organized by multiple rarities, which determines their relative strength and powers. The Commons begin at a base attack damage of 100, and the rarities beyond that continuously increase. There is only one Mythical, as of right now, that does significantly more damage than the rest, with 230 base damage.

You can collect each character by buying them from the shop, spinning the daily wheel, or defeating enemies for souls that you can exchange for them. The gold treasure chest found in the lobby area also allows you to enter codes, which can grant some freebies that make collecting souls a lot faster. To make it easy for you, here is a list, organized by rarity, of all the characters available in the archive so far!

Looking for more Roblox content? Check out our guides on How to get pets in Roblox Anime Training Simulator? or How to win Duel Mode in Roblox Demonfall!

All Characters In Roblox Demon Soul