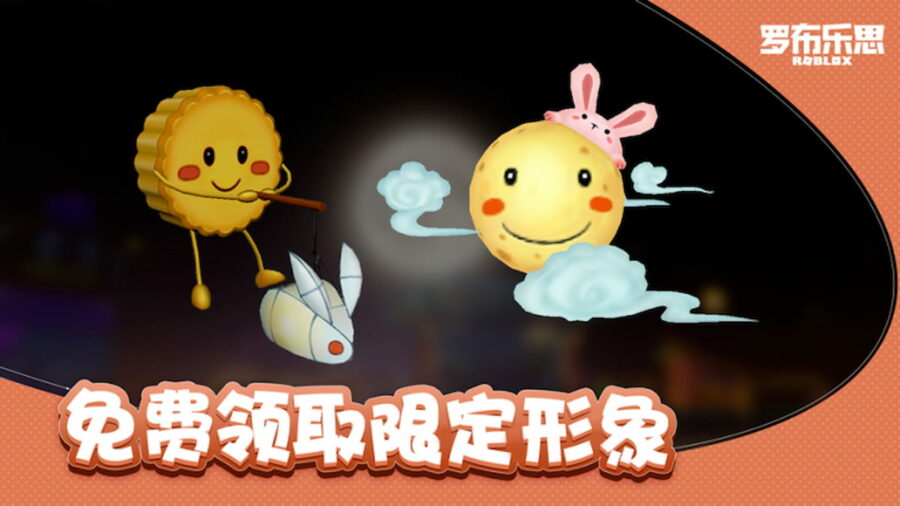 Called both the Mooncake Festival and the Mid-Autumn Festival, the Luobu Celebration Event offers players the opportunity to obtain a few new items, explore a new experience, and even try their hand at a few unique minigames. Though this experience is meant for Roblox China — with prevalent Chinese music, language, and culture intertwined into the game — this experience can still be enjoyed by players around the world!

The Luobu Event contains three minigames, collectable coins, quests, a shop and, of course, free items. All attainable items and how to get them can be found in the list below.

As of now, the moon with bunny ears hat and the traditional clothes are the only widely attainable items in this event. Both of the mooncake hats will take some serious dedication to obtain, but anything's possible! Read on below for more in-depth steps on how to earn the easier items.

This item is the easiest to obtain out of all five as all you'll have to do is find the prize zone, approach the corresponding tube, and hold E to obtain it.

After you've obtained it you will be able to find and equip it in your Roblox inventory!

In order to unlock the male version of the traditional clothes you'll need to earn 450 in-game points. On the right hand side of your screen you'll see a menu with a scroll icon and multiple bars with 0/1 or 0/5 written inside of them. This menu is the quest menu and it aims to help players keep track of what quests they have left to complete.

Each time you finish a quest you will be awarded with 100 points, so by completing all five in-game quests you will have enough points to unlock the traditional clothes for men. Some of the quests are more challenging and time consuming, whereas others require little to no effort. The lists below will detail all five quests and how to complete them

How to win the Palace Lantern Shooting minigame

To start this minigame walk into the blue circle with the lantern floating above it in the main area. Once joined, you will be spawned onto a dock with other players who are also playing the game. The objective of this minigame is to use a firework to shoot down lanterns that are floating in the sky. Simply click anywhere on the screen to shoot a firework in that direction.

Each lantern that you shoot down will then spawn a rabbit which you should quickly pick up by walking near it. Once you've collected your rabbit, hurry over and drop it into the yellow circle on the dock. In order to complete the quest for this minigame you'll need to collect five rabbits and drop them each into the yellow circle.

How to win the Lotus Obby

Due to the game's server settings, things can be a bit wonky at times when trying to play minigames— the Lotus Obby is the perfect example of this. The obby itself is quite simple, however it can be difficult to complete if you are constantly dealing with other players or buggy leaves. Remember that collision is on in this experience, so be sure to take your time when making your way across the pond!

To complete this quest all you have to do is cross the obby, grab one of the rabbits waiting on the other side, and then retrace your steps to make your way back to the start. Another yellow circle will be waiting for you to drop off you rabbit. Only one rabbit is necessary to complete this quest, however you're awarded three additional points for every rabbit that you grab and bring back.

How to win the Team Competition minigame

This game is completely dependent on how well you can work together with your team, so be extra sure that you're pulling your weight! You'll start at the bottom of your team's base and will have to climb your way up a long ramp, making sure to avoid the falling balls as they'll reset you back to the bottom. Once you reach the top of the platform, grab a rabbit as fast as you can and head back down the ramp to drop it off in your base.

Make sure to keep your eye out for golden rabbits as those are worth three points, whereas the white rabbits are only worth one. Be mindful of the time limit at the top of your screen as well. To get down the ramp faster be sure to use the small arrowed platforms along the side— they'll give you a much needed speed boost!

After the time is up you'll quickly find out if your team has won or lost. If you're on the lucky winning team you will complete the corresponding quest on the right and unlock 100 points. If you didn't win this time don't give up, you can try an endless amount of times until the event is over!

How to purchase and use a Cheer Lightstick

As you make your way around the main world in this experience, you'll notice that there are coins floating around for you to collect. In order to complete the Cheer quest you'll need either 20, 50, or 100 coins, depending on which lightstick you prefer out of the three that are available for purchase. Coins respawn in the game really quickly, so you should have enough in no time.

After you've collected enough coins for your preferred lightstick, select the store icon on the left of the screen just below the coin icon. This will pull up the store where you can purchase items. There will be three lightsticks to choose from— choose whichever you like most!

Now you can close the menu and simply click on the item and your character will use it, completing the fourth quest in the quest menu. Once you use a lightstick it will disappear from your inventory as well. There is also a scooter that is purchasable from the store, but it's only for looks and isn't necessary to complete any quests.

Spending 600 seconds in the game

This final quest is exceptionally easy and straightforward— all you have to do is remain in the Luobu experience for 600 seconds, or 10 minutes. Once you've completed this easy quest you will have finished all five quests needed to unlock the male traditional clothes! Head back over to the prize zone, approach the correct tube, and redeem your prize!

Now that you've done the hard part of completing all of the quests needed to unlock the male version of the traditional clothes and have familiarized yourself with the minigames inside of this event, there's only one item left and luckily it's simple to get. In order to unlock the female version of the traditional clothes you'll have to play and win minigames while a friend, or multiple friends, are in the same lobby as you. After completing this task you'll be able to approach the prize zone and claim your final reward.

As mentioned before, there are two other free items available for players to obtain, but they require quite the dedication and won't be given out until the end of the Luobu event. In the meantime, keep playing minigames and racking up those points— maybe you'll be the one to win the golden mooncake!

For even more Roblox content, be sure to check out the Pro Game Guides Roblox section regularly!