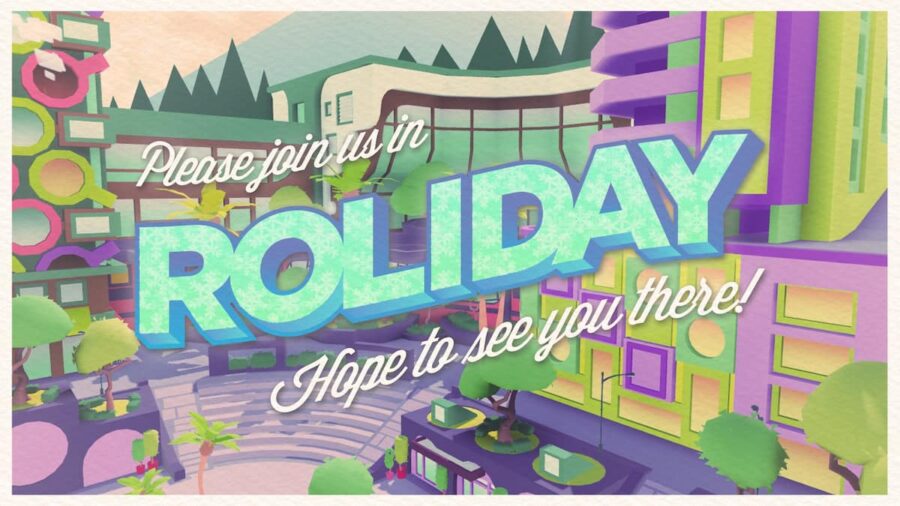 For the seventh consecutive year, holiday and New Year's celebrations are coming to Roblox in the form of the fan-favorite experience, ROliday. Though no definitive date has been given to outline these celebrations, ROliday has been officially confirmed by experience manager and developer, younite, on Twitter. If comparable to last year, this event will likely include various badges for players to collect, an entire winter wonderland map to explore, and a live countdown for the New Year's ball drop.

Younite confirmed ROliday through a tweet posted on Nov. 21, 2021, but the developer began teasing the event back in October. Fellow developer Winter tweeted a sketch with the caption 2021? on Oct. 11, 2021, followed by younite quote tweeting the sketch on the same day, adding only the snowflake emoji as the caption. Upon this interaction, fans began speculating the possibility of an early ROliday event announcement.

As time progressed, nothing else was said by younite (or any other developers), about the existence of ROliday. It wasn't until Nov. 20, 2021 that the ROliday pot was stirred yet again. Two of the biggest update and news accounts on Twitter, RBXNews and BloxyNews, each shared an image of a mysterious, digital postcard that they had received.

Related: How to get all free items in Roblox NIKELAND?

After gaining a bit of traction, fans began to notice a small top hat icon in the bottom left of the postcard. As this icon is massively associated with younite's brand, users took to the replies of each postcard to release their excitement.

As the days count down to December, it's likely that more information will be released in the coming weeks regarding dates and any other official details related to the experience. Until then, Roblox users who also dabble in development or art creation are encouraged to reach out to younite, as ROliday is looking to fill a virtual museum with Roblox-centered assets and artwork for players to view within the experience. For more information, applicable users are ushered to contact younite through direct messages on Twitter.

Looking for more Roblox content including guides, code lists, and news articles like this one? Check back with the Roblox section of Pro Game Guides often for new posts!