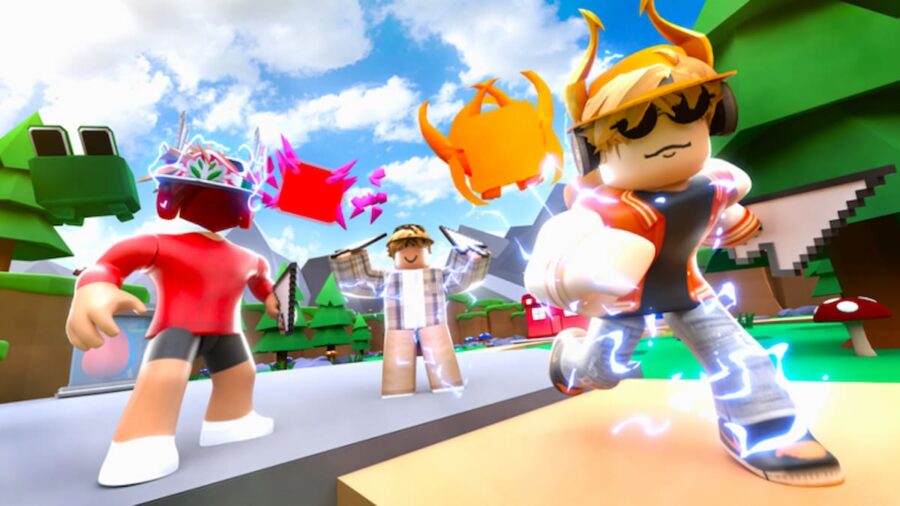 Time to flex on these other players and show them how fast you can click in Clicker Party Simulator. Collect as many Clicks as you can, and using the powers of Rebirth, you can unlock brand-new worlds to explore. Take your favorite Pets along for the adventure because they will make collecting Clicks easier. It's a party over here, and you're one click away from making the VIP list!

Rewards you can claim from these codes will give you Boosts, especially to help you collect Clicks. Apply and redeem these Boosts when you have the Pets equipped so you can boost your Clicking score in Roblox Click Party Simulator!

Here’s everything you need to know regarding Roblox Clicker Party Simulator codes.

How to Redeem Clicker Party Simulator

It's easy to redeem codes for free rewards in Clicker Party Simulator. To do so, follow the instructions below:

How can you get more Clicker Party Simulator Codes?

The latest codes from the developer, Flame Creations!, can be found by following them on their social media pages like Twitter, @FlareTianyun, and their Flame Creations Discord Server. You can also subscribe to their YouTube channel, Flare, to get secret developer codes. We here at Pro Game Guides have you covered when it comes to all things Clicker Party Simulator, so make sure to bookmark this page and follow us regularly for codes.

Several things could go wrong when you are trying to claim your reward for Clicker Party Simulator, one being that these codes may have expired already. If there is a notification above the redeemed reward that says invalid or expired, let us know in the comments below so that we can update our list. You may have misspelled or typed out these codes incorrectly, too. Make sure that all your spelling and punctuation are correct before trying to redeem the code. It is easier if you copy and paste the code from our list to avoid any mistakes before clicking on the Redeem button.

What does Rebirth do in Clicker Party Simulator?

Rebirths in Clicker Party Simulator can give your character a boost in Gems, especially at the start of the game. The further you progress in the game, the more Rebirths can unlock you. Hidden secret Pets are all over the game and can only be unlocked by completing specific challenges. Clicking and rebirth challenges are how you can get these secret Pets.

What is a Clicker Party Simulator game?

Click as fast as you can in Clicker Party Simulator to get to the top of the leaderboards. By collecting Clicks, you can build up your resources to unlock different worlds to explore and new Pets to help you gather Clicks and add Boosts to your clicking collecting power.