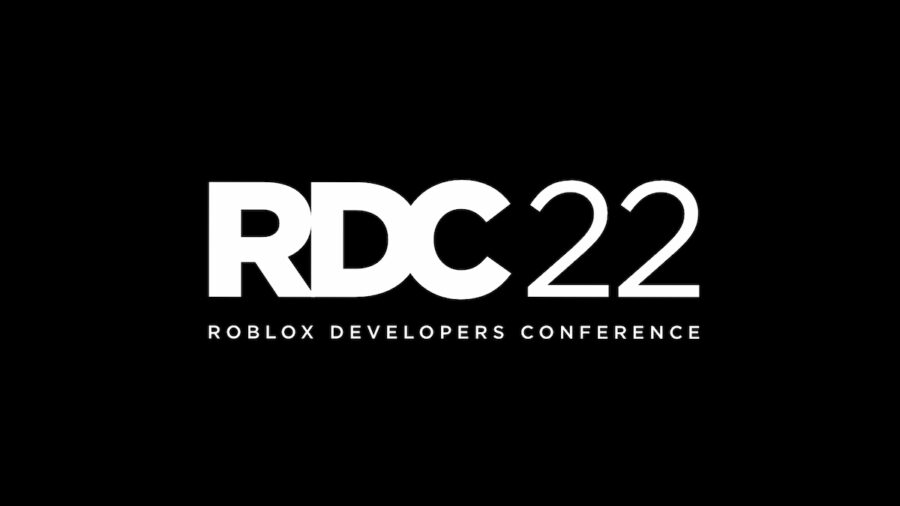 The 2022 Roblox Developer Conference (RDC) has come to an end and it's finally time to reflect on a weekend full of events, awards, and of course, announcements. Whether they came from builderman himself, CEO and founder David Baszucki, or his right-hand man, CPO Manuel Bronstein, the Roblox-related announcements were plentiful. So what were these announcements and what do they mean for the future of the platform? Continue reading below to find out.

All announcements made at RDC 2022

Originally brought to light in Oct. 2021, the whispers surrounding dynamic avatar heads have yet to cease nearly a year later. At RDC 2021, Baszucki debuted Roblox's 3D animation and capture project that allows users to track the movement of their head and facial features in real time and livecast them to their Roblox avatar. At the time, this feature was exceptionally limited and its details were highly under wraps. At RDC 2022, however, viewers were able to see even more of this technology in action.

The exact, platform-wide release date of this feature is still unknown, though it's expected to begin rolling out in beta form sometime in 2023. In the meantime, players can look forward to a more simplified version of dynamic avatars with the addition of animated emotes and avatar expressions. Unlike fully dynamic heads, these features do not use real-time capture programs and are instead reliant on standard chatting. When avatar expressions are released, players will be able to type an emoji or emoticon in the Roblox chat bar and see their avatar express a face that reflects said emoji.

For example, if you type 🙂 in the chat bar, your actual in-game Roblox avatar will adjust their face to smile. On top of these expressions, players over the age of 13 with access to voice chat can also look forward to dynamic mouth movement, or the ability for their avatar's mouth to move as they speak through voice chat. Though an exact date is still unknown, we'd expect to see these smaller features release before the end of 2022.

One of the most talked about takeaways from Roblox's Keynote livestream is the announcement of more laidback filtering for those over the age of 13. Currently, no one on the platform is allowed to swear or use any language that's deemed offensive or inappropriate—in the near future, however, Roblox will be relaxing the restraints on its 13+ users, allowing them to discuss a wider variety of topics using a new pool of pre-cleared "mature" words. In the Keynote livestream, Baszucki acknowledged Roblox's rise in users over the age of 13+, stating that there's currently more users on the platform that are over the age of 13 than under, and pointed out that the age group of 17 to 24 is currently their fastest growing age demographic.

Because of these changes to Roblox's audience, the decision was made to institute an age rating/separation system. Soon, all experiences on Roblox will offer an age advisory in their About page that lets players, and parents, know if an experience is appropriate for their age group. While it may seem strange to some, this change isn't surprising considering Roblox's entire ESRB rating changing from E10+ to Teen. As Roblox continues to pivot toward and brand itself as a multi-purpose, collaborative platform for all ages, these types of age restriction changes will continue to become a necessity.

For those who prefer to play Roblox on the website, you may be unaware of the platform's newest project—the universal app. This app, which is currently available to download on Xbox, PC, and mobile, aims to connect Roblox seamlessly between numerous devices and allow players to explore all that the platform has to offer with ease.

At the moment, it's clear that the Xbox version of the Roblox app consistently falls behind its counterparts—with a difficult UI and clunky maneuvering system, it often feels like the forgotten sibling when compared to its intuitive and ever-changing PC and mobile versions. With further development on this universal app, however, Roblox hopes to fine tune all three versions of the Roblox platform and even bring it to new destinations, including PlayStation, Nintendo Switch, and VR.

It's no secret that Roblox has its fair share of hackers, exploiters, and cheaters running rampant on the platform—whether they prefer to lay low and exploit in the background by using the typical aimbots and speed boosts, or create full on havoc and attack/take over events and experiences (enter the Paris World incident), it seems as though they never fully go away. Now, however, we could be seeing a change thanks to the introduction of Roblox's platform-wide, Anti-Cheat system. Though details are fairly limited regarding how this system will be implemented in the future, it's assumed to be client-sided, meaning it will search players individually for mods, exploits, and cheats when launching, rather than just doing a general server-wide scan.

Considering how many players Roblox brings in every day (58.8 million players), and how many hours users are active on the platform each month (4.75 billion hours), the fact that Roblox doesn't run advertisements on its website or app is truly surprising. From a business standpoint, that's a lot of leverage that could be used to sell advertisement slots for hefty prices, which is exactly what the company is about to start doing.

During Baszucki's Keynote presentation, he introduced the new Immersive Advertisement feature that allows developers to place designated advertisements inside of their experiences and profit off of them in exchange. These advertisements can come in the form of billboards, signs, and even portals, as can be seen in the tweet below, that take players to an advertisement experience, such as Vans World, NIKELAND, Tommy Play, Spotify Island, etc.

Though adding these advertisements is not at all required, we'd be surprised if the larger experiences on the Roblox platform don't begin to incorporate them considering the extra payout that they offer.

The final major announcement made during RDC this year relates to the Avatar Shop, or the Next Gen UGC Marketplace as Baszucki called it. During this announcement, it was confirmed that any Roblox user will be able to create UGC items in the near future, UGC items will now be able to become Limiteds, and developers will be able to create their own promotional UGC items and then release them to players for free, meaning that Roblox will be taking a step away from creating UGC items and will instead leave the creativity in the hands of the users.

UGC trading will also be coming to the Roblox platform very soon, which will allow users to swap and exchange items with other players depending on their individual and interpreted values. The Avatar Shop overall will be receiving a facelift within the coming weeks as well, with added designations that will highlight new, sponsored, and featured items.

That's everything you might have missed at this year's RDC! What are your thoughts on these new features/announcements? Are there any in particular that you're excited for, or any that you aren't a big fan of? Let us know in the comments below!

Looking for more Roblox content? Check out our recent articles on Roblox removes hundreds of old posts from their official blog site or Roblox debuted new branding and the reactions have been mixed here on Pro Game Guides!

Everything you may have missed at RDC 2022