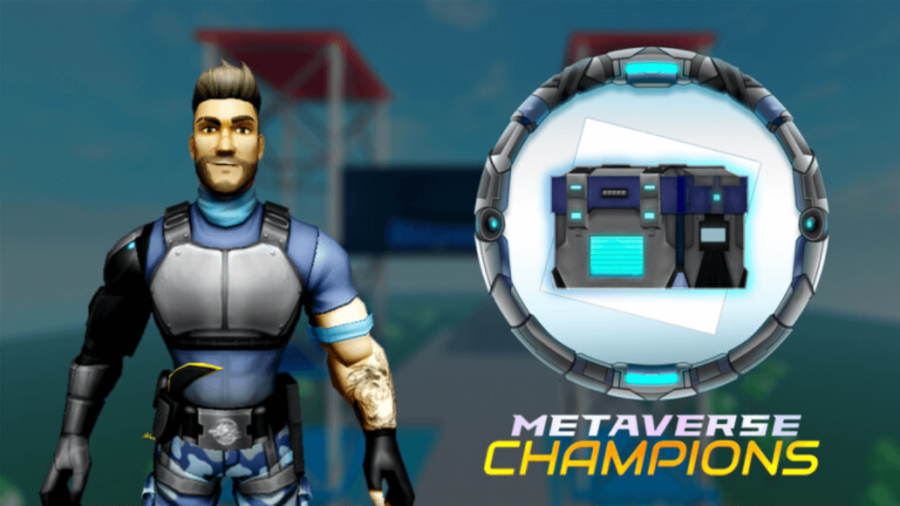 AJ Striker has left us some treasure in Elimination Tower during Week 1 of Metaverse Champions. Find out how to get AJ Striker's Crate Drop (available April 14 to April 22) below.

How to get AJ Striker's Crate Drop in Elimination Tower

Getting AJ Striker's Crate Drop in this game can either take a lot of time or no time at all. We can explain how to do it, but since this is a competitive game, only one person can receive the Crate Drop in each match.

Each match consists of 12 players competing in randomly selected minigames. Whenever someone wins a minigame, they choose people that are up for elimination. Those players then compete against each other to avoid being eliminated.

One of the minigames is called Rabbit Hole and to win AJ Striker's Crate Drop, you'll have to be the first to complete it. Unfortunately, just playing the round doesn't mean you're guaranteed to get the Crate Drop.

This means you have two primary goals when you're in a match: Survive by not being eliminated and be the first to save Mary Christmas in the Rabbit Hole mini-game.

In the Rabbit Hole mini-game, you must explore the maze and be the first person to find the key and release Mary Christmas. The key's location is randomly selected each game, so there is no official guide to tell you which way to turn.

However, here are some tips that might help you throughout the match:

If you have lasted long enough in a match and are lucky enough to win the Rabbit Hole mini-game, you are rewarded with AJ Striker's Crate Drop! Once you get it, be sure to not leave the game until it's added to your inventory. Approach it and actually touch the hovering box to make sure it gets added.

How to get Nexure’s Head in Roblox Wacky Wizards?