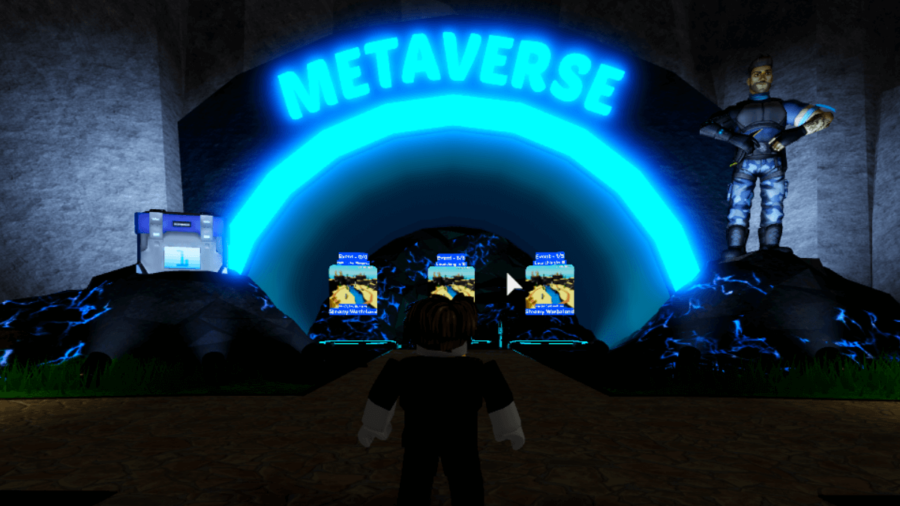 AJ Striker has left us some treasure in Cube Defense during Week 1 of Metaverse Champions. Find out how to get AJ Striker's Crate Drop (available April 14 to April 22) below.

How to get AJ Striker's Crate Drop in Cube Defense

This can be one of the more difficult Metaverse Event quests if you're not familiar with tower defense games. For this reason, we strongly recommend playing this with friends or joining a lobby with other players. Be sure to use the tips we mention below to receive AJ Striker's Crate Drop at the end!

When you join the match, a window will pop up on your screen that tells you about the event. Follow the yellow arrows to play a match specifically for the Metaverse Event. You will see three lobbies in the event area that you can join. You can't control who joins your match, but if your friends are in the spawn area, have them join your lobby circle as soon as you do. Up to five players can be in a match, so other players will likely join if there is room.

Once you have joined the match, you'll see that you have weapons available for purchase and room to place them. Start off by purchasing the cheaper weapons and place them near the beginning of the line. Eventually you'll have enough money to purchase the stronger weapons and you'll want to place those more strategically.

As you get higher in levels, make sure you have several of the weaker guns placed all along the path, and maxed out stronger guns placed on the inside curves to maximize their range.

At wave 30, you'll see the Meta Knight Boss. This is an extremely strong boss with 30,000 HP that carries AJ Striker's Crate Drop. You likely won't beat this boss by just using your entire line, and will instead need to trade out your weaker weapons once they can't do any more damage. Use the tips below to improve your chances of defeating Meta Knight.

As mentioned above, this is a joint-effort game. Even if you don't know the players in your lobby, the more teammates you have, the better! If you have any other strategies to help improve the chances of winning, be sure to mention them in the comments below!