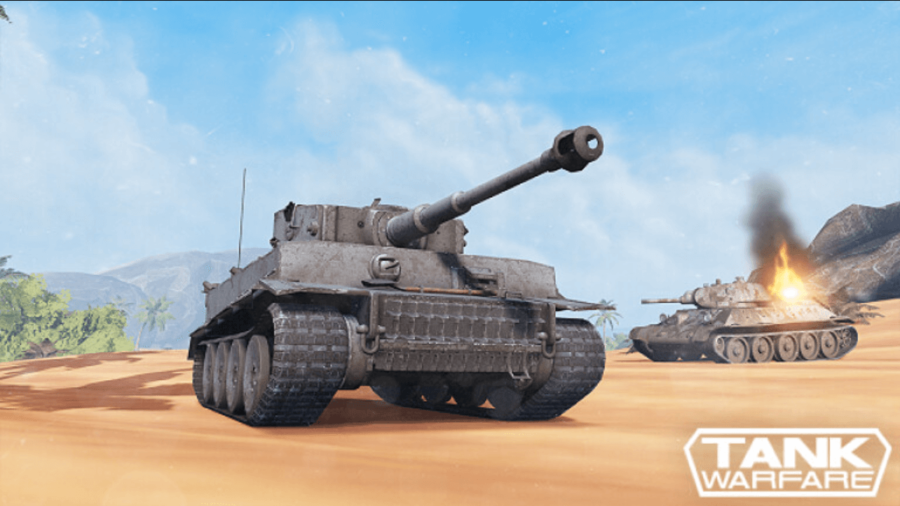 AJ Striker has left us some treasure in Tank Warfare during Week 1 of Metaverse Champions. Find out how to get AJ Striker's Crate Drop (available April 14 to April 22) below.

How To Get AJ Striker's Crate Drop in Tank Warfare

This is one of the easiest crates to grab in the Metaverse event, and can usually be done in a single round of Tank Warfare, which is about seven minutes long. To join the game, use the following link: Tank Warfare.

When you join the game, press the button on the bottom left of the screen that says Deploy to join a match. You will join a match in progress.

In each round of Tank Warfare, meteors will randomly drop from the sky. To get AJ's Crate Drop, you need to destroy the meteor and collect the crate inside. The process is simple, but this is a highly competitive Roblox game, so there will probably be other players trying to do exactly the same thing.

Here are some helpful tips to remember when playing the game:

When you find a meteor, you need to destroy it. Fire your ammunition at the meteor until it crumbles into pieces, then pick up the crate that falls out. This is AJ's Drop Crate.

Once you have done that, you're done! AJ's Drop Crate will now be in your Roblox inventory and you can move on to the next challenge.

Roblox Price Guide: How much do Robux cost?