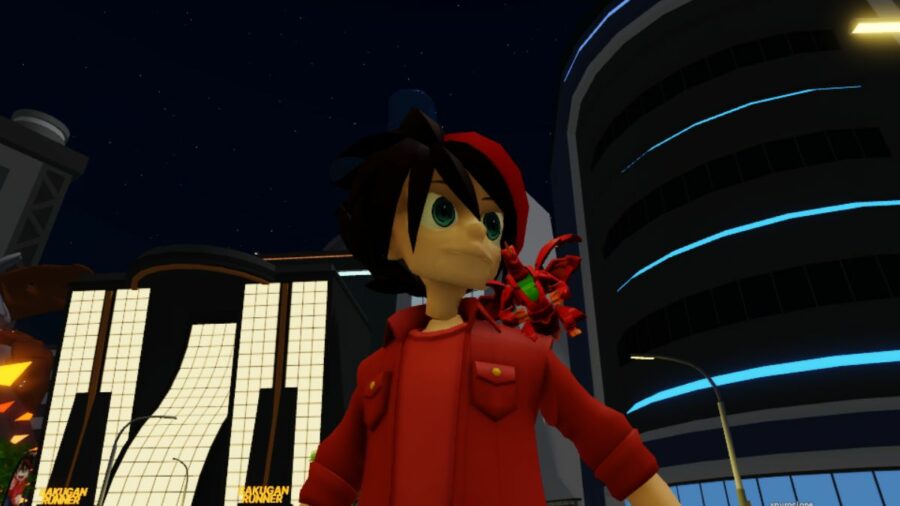 The release of the second half of Bakugan: Geogan Rising has officially been announced and is being released to Roblox on September 8, 2021. To celebrate the release, a Roblox Bakugan Launch Party has been added to the site, which acts as a lobby for any Roblox player to enter that wants to catch the United States premiere.

As a means to encourage its fanbase to join in on the fun, they are offering exclusive launch party items for your Roblox Character to wear in-game. However, many players are curious about what they need to do to get all the items made available for the Bakugan Launch Party. The answer to that depends entirely on which items you'd like to receive!

There are two items that are initially available to you when you first join a game, which can be done by following this link to the official Bakugan Launch Party Roblox page. When you join in the game, you will see the two menus shown in the image below.

The first image depicts the rewards you can claim by joining the launch party on specific days during the premiere. As you can see, a new item is given every day from September 6, 2021 to September 15, 2021. While it's uncertain how long you're able to claim rewards from previous days, you're currently able to do so!

The second image is simply a welcome message that shows up when you first join the game. When you press Thanks!, you are awarded the Dan Kouzo character avatar and Dragonoid Companion!

There are also items exclusive to the game that aren't free. There are two ways to purchase said items, both of them are shown in the image below.

To purchase the paid content in-game, you can do either of the following:

These items all cost varying amounts of Robux, which is in-game currency you can purchase with real-world money. Since it costs real money to use these items, it might be a good idea to go to the Merchandise Shop to see how they look before you buy them!

That covers how to get all items and rewards in Bakugan Launch Party!

Want to see our massive list of codes for the huge selectin of Roblox games? Check out our List of all Games Codes to see how to get free stuff!

How to get Reaper in Roblox A Universal Time