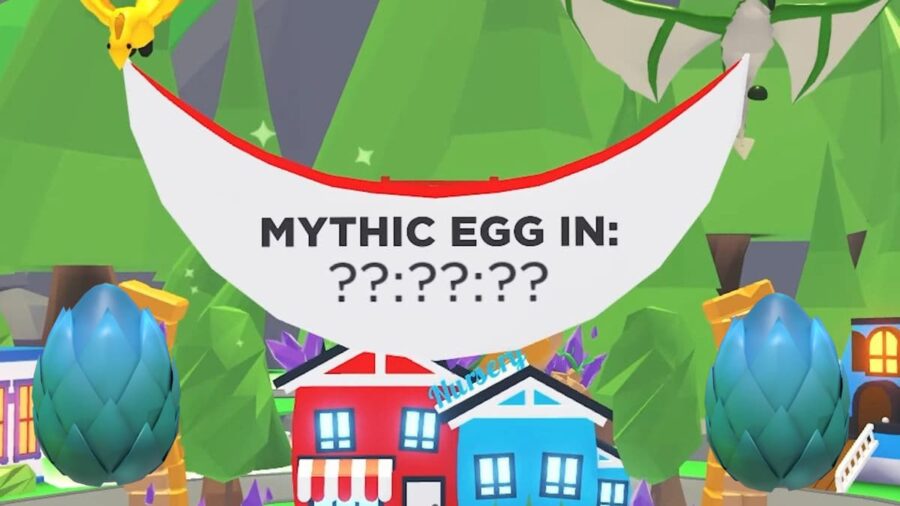 There was a surprise announcement on July 16 that told players that another egg would be coming to Adopt Me. What players did not know was when the countdown on the banner in town would begin. Now, the time has come! The long-awaited Mythic Egg Countdown is here!

What is the Mythic Egg?

The Mythic Egg is the latest pet egg to coming to the Adopt Me game. The egg is marked by its scaly appearance, reminding players of a dragon egg. It will feature a variety of brand-new pets that can be hatched. When it finally does become available to players, it will be placed within the gumball machine inside the nursery, where the Ocean Egg currently resides.

Related: How to get a Trade License in Roblox Adopt Me

The countdown began on August 12, 2021, at 8 am PT / 11 am ET / 4 pm BST. The countdown was set for six days from then. When the egg arrives, it will likely do so at the standard update time you see above in this paragraph. Adopt Me also wants players to remember that the ocean egg will be going away and will be replaced by the Mythic Egg. If you still want this one, you need to buy it now!