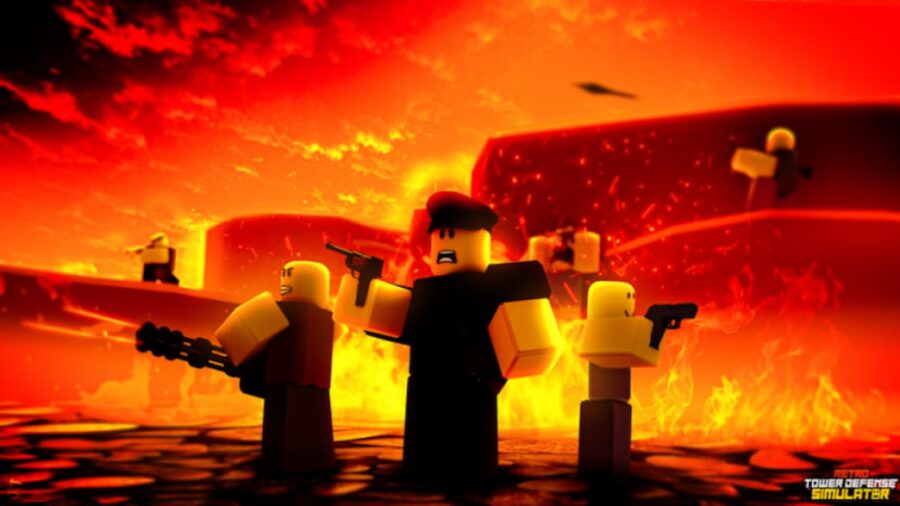 Retro TDS utilizes coins for players to purchase more troops which they can place during matches to protect their towers from impending mobs. They can earn more coins by successfully completing matches and preventing their towers from getting damaged, or they can use some codes to gain some instantly.

Codes are given by developers for players to enter in-game and recieve special rewards instanteously, without any extra hassle. They are super easy and quick to enter and well worth it so you can be better prepared to defend your tower.

Here is a look at all the working Retro TDS codes.

These Retro TDS codes are no longer working.

Here is everything you need to know regarding Retro TDS - Retro TDS Community codes.

How to redeem Retro TDS codes

How can you get more Retro TDS codes?

Codes are usually reguarly added into the games by developers as updates, events, and goals are met, such as reaching a specific number of likes. Some developers will list these codes directly in the game description to notify players when they have been added. However, some require you to follow their social media accounts to stayed updated, such as their Discord accounts. For your convience, you can bookmark this page and check back whenever to see when new codes have been added.

Why are my Retro TDS codes not working?

There are various reasons why your Retro TDS codes may not be working correctly. The most common reason is that the codes have already expired or have been redeemed already. Since codes are reguarly cycled in and out of the game, they can expire with little to not notice whatsoever. We try to keep our code lists as updated as possible, but if you notice a change before us, feel free to comment below and we will fix the problem asap.

You will also want to double-check your spelling when entering codes. Codes are almost always case-sensitve, meaning the slightest typo could cause your code to appear invalid. Ensure you are typng it exactly as shown in the list above, or if the game allows, copy and past to avoid any issues.

What is Retro TDS?

Retro TDS is a zombie tower defense experience where you must survive and protect your tower against waves of zombie mobs. Utilize various troops to set up around the path and keep the zombies from reaching your tower. The zombies increase power the more waves you manage to survive, and eventually will send out a boss. If you can keep your tower standing by the end of the match, you can win some big cash to use to buy more troops and continue expanding your army. You can earn XP with each match you play and challenge yourself by joining harder difficulty levels. Jump in with friends or attempt to take on the waves sololy.

What are troops in Retro TDS?

Troops are various soldiers that players use to protect their tower. They can unlock them by purchasing them from the Shop menu or using a special code to unlock them. Once they are unlocked they can be found and equipped through the player's inventory and then placed around pathways in the matches. They will use their unique weapons and abilities to kill the zombies and keep them from arriving at your tower. The more troops you have the better chance you have for survival.