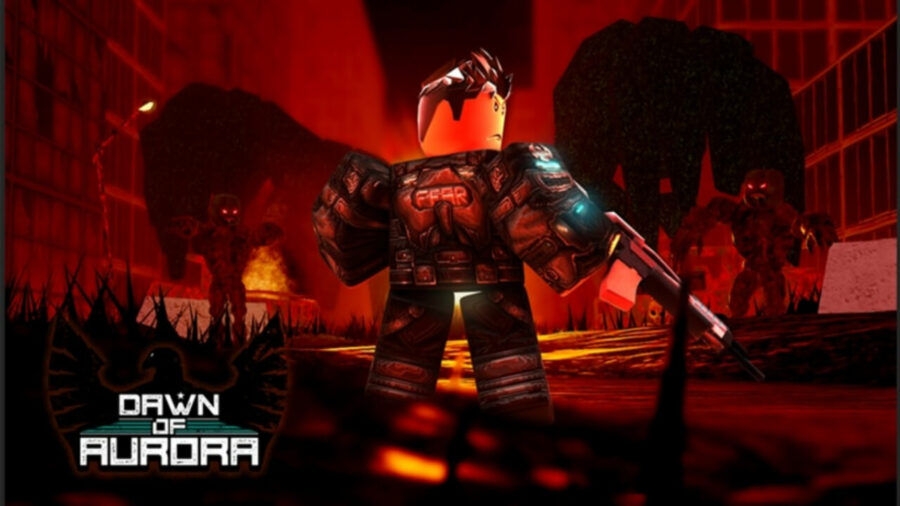 Dawn of Aurora is one of the most engaging survival games on the Roblox platform—hence why it was nominated in the Most Immersive Game category at the 8th Bloxy Awards. Roleplaying games often mean sweet new loot and weapons to unlock, so are there secret game codes in Dawn of Aurora? Unfortunately, not at the moment.

Launched on May 18, 2020, Dawn of Aurora is a Border / Survival roleplaying game set in a post-apocalypse civilization. Boasting a robust character customization, players choose from many different factions and even write in their own character backstory.  Outsider, Criminal, or FEAR soldier—carve this world how you see fit. Dawn of Aurora was created by developer SONICTHEHEDGEHOGXX.

Unfortunately, there are no secret game codes for Dawn of Aurora. Below we've gathered common questions many users ask about free rewards in the game.

Game codes are secret codes created by a Roblox game developer and are often difficult to find online. They reward players with free items for playing the game and often encourage players to stick around longer. Typical codes will reward players with free in-game currency, weapons, limited-time vehicles, or even special power boosts. However, not every game uses game codes.

Did Dawn of Aurora Codes exist in the past?

We were unable to find evidence of secret game codes having ever existed in Dawn of Aurora.

Will Dawn of Aurora have codes in the future?

While it is always possible for codes to release in the future, it is unlikely to happen since the game has been out for so long. However, Dawn of Aurora is still in early alpha development, so who knows? Perhaps game codes will appear in the final version of the game.

If Dawn of Aurora codes appear in the future, we'll be sure to update this page.

[BLOXYS] Dawn of Aurora has been nominated for "Most Immersive Experience" in the 8th annual Bloxy Awards!

We are working hard on the next update for Dawn of Aurora! Overhauling the game's performance, and working on a brand new heist! Stay tuned!

This game is early alpha, this is not the finished product. Expect potential bugs, missing content, unfinished buildings, and tweaks to the game mechanics. Mobile and Xbox support will come in a later update.

Did we miss any important Dawn of Aurora codes questions? Ask us below in the comments and we will do our best to find the answers!