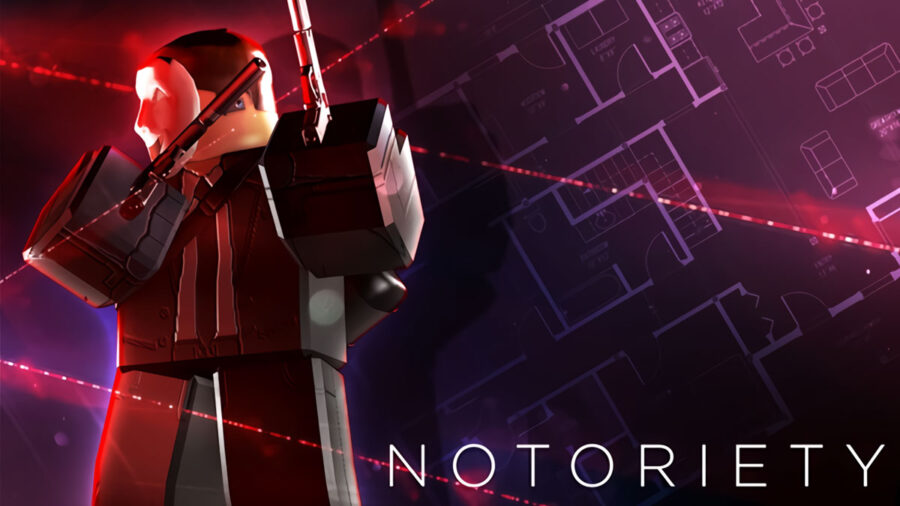 Our Roblox Notoriety Codes has the most up-to-date list of working OP codes that you can redeem for safes, contracts, and a bunch of free cash! The cash will allow you to buy additional safes which can be used to get masks and contracts!

If you want to redeem codes in Notoriety, just head to the store area and look to the bottom where you will find the Twitter Codes option. Open up the menu and copy a code from our list. You can then paste it into the text box, hit the redeem button, and receive your free reward!

Customize your loadout with skins you earn from completing daily, weekly, and monthly challenges!

Pull off intense heists in Notoriety, a cooperative first person shooter where robbers are hired for numerous tasks as small as simple store smash-and-grabs to infiltrating large-scaled banks, warehouses, and more! Loot, steal, and uncover secrets in this expansive underworld of crime!