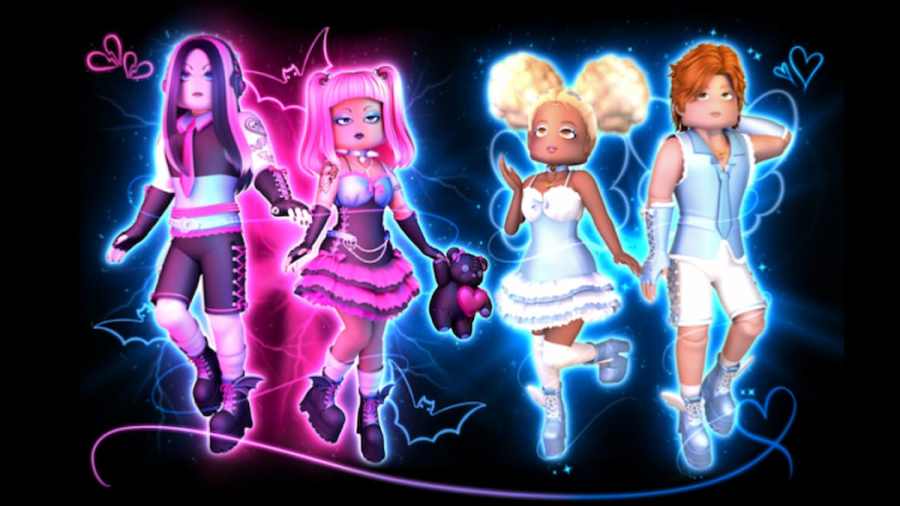 As many players are aware, Royale High is one of the, if not the, most popular dress up/role play experiences on the Roblox platform. Not only does it allow players to customize their character with a variety of accessories, shoes, and clothes, it also offers extensive physical customization including hair style and color, eye shape and color, skin color, and much more. What many players feel the experience is lacking, however, is the ability to alter a character's size, as there isn't much room for change outside of the skinny, hourglass, and societally-standard body frame.

On October 3, 2022, the hashtag "RoyaleHighInclusion" began circulating throughout the Roblox community on Twitter, with many fans using it as a way to express their feelings toward the new Royale High update. In this update, various in-game accessories, primarily corsets and bodices, were altered to be more slimming and straight-lined, rather than wider and, in the eyes of protesting players, more realistic.

Previously, corsets and bodices were able to used in a variety of ways to create multiple unique looks, including those that were labeled as "plus-sized" by the community. Now, however, the customization abilities for those looking to create a "curvier" character have been fully removed. While there are still ways to create the illusion of a bigger avatar through user-made workarounds, such as layering clothes in a specific order or wearing hidden garments, many players feel as though the removal of the easily-accessible "plus-sized" options is a direct example of Royale High being "fatphobic" and a poor example for its impressionable player base.

"Disappointing how there isn’t even a toggle for different body types, said user celezballs. "The rework literally ruined the sets—they’re so unnatural and it sets such an unrealistic standard for little kids."

Other users, who identify as plus-sized in real life, have also commented on how these changes have impacted them personally.

"Royale High is really irritating me now that they 'reworked' some of the corsets to look skinny," said user karakuriz. "I'm plus-sized and I'm offended that they got rid of the curviness. How am I supposed to apply my body type now?"

Some users have even gone as far as encouraging a boycott of the experience, saying that Royale High and its developers are simply "money hungry and selfish."

"As a plus-size person, Royale High needs to do so much better," said user linkxlino1. "Not just for me, but for others with different bodies and different cultures. Boycott Royale High [and] don't give them any indication that you're going to come back until they do something worthwhile."

In hopes of bringing even more attention to this situation, those in the community with artistic abilities have taken their own spin on the Royale High boycotts/protests and created artwork to go along with their messages.

Related: How to get the Ocean’s Blessing badge in Royale High – Roblox

Unfortunately, this isn't the first time that Royale High as an experience, and even the developers individually, have been called out by their fans. Only last month, in September 2022, the hashtag "RHStopTheSilence" was circulating on Twitter after tweets from 2020 that were posted by Launce, co-owner of Royale High alongside his wife Barbie, regarding the BLM movement resurfaced. Royale High players created the hashtag to bring awareness to Launce's careless words and actions, including previous instances of him creating situations that caused endangerment of minors, in hopes that Royale High would remove him from the experience. This, of course, did not happen, and players expected the same outcome this time.

On October 4, 2022, however, the official Royale High Twitter account released a thread of statements that addressed the bodice and corset change. In this statement, the developers insisted that "Royale High supports people of all shapes/sizes," and that they "love all people and are very sorry for anyone who may feel hurt by the changes." The statement then continued on to say "It’s not a reflection of how we feel about people and we strive to add more things to give people as much creative freedom/representation as possible. We are looking forward to improving our systems to allow for more unique shapes/sizes in the future."

Even with this statement, however, many fans are still upset and asking for the necessary, inclusive changes to be made, rather than another "excuse."

"While I appreciate the announcement, it doesn't change the fact that the bodices look like they've been made slimmer," said user G0thique_. "They also DO NOT fit with other pieces as well anymore either. Show your support and ADD plus sized sets. There are MANY concept designs."

It's unknown at the time of this article's publication if Royale High will undo or update any of the changes, but with the current focus being on Royaloween, we'd assume that the likelihood is rather low for the time being.

Looking for more Royale High content? Check out some of our other articles on How to customize your journal in Royale High – Roblox or What is the rarest halo in Royale High? – Roblox Royale High halo rarity tier list here on Pro Game Guides.