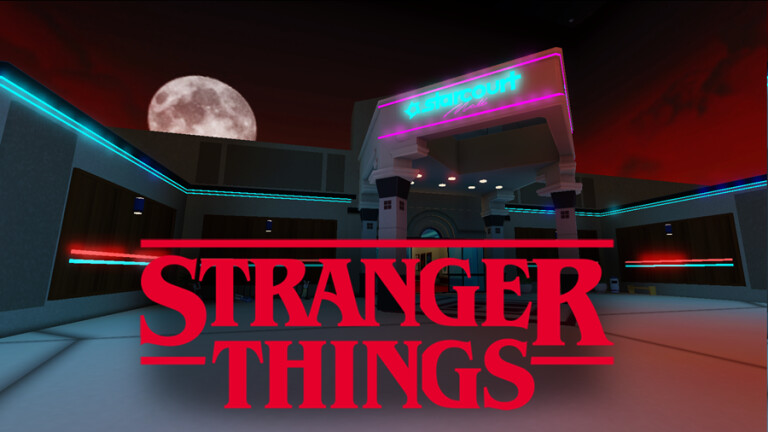 Update April 18: The Starcourt Mall is now open to play.

Details are unknown about the Hawkins Lab Escape game, but judging how it is 5 vs. 1, it sounds like a survival horror game akin to Piggy and Kitty—two smash-hit examples of the escape genre on Roblox.

Dueling Dice (see image above) reminds us of a riff on Dungeons & Dragons, and due to the dice nature it sounds like some probability and luck will play a role in the player's chances of winning.

The remaining single-player games look to be standard experiences. Hi-Score Slingshot sounds like a classic carnival shooting game that involves high scores. Delivery Dash sounds like there will be plenty of hungry customers to find around the mall.

The Avatar items promised from this event have not been revealed, though the game description confirmed that they will be Stranger Things-themed, most likely matching outfits from main characters like Eleven, Dustin, Mike, and the rest of the gang.

Stranger Things is, of course, a sci-fi horror show fueled by 80's nostalgia. The story centers around a group of friends that discover government conspiracies operating within small town Hawkins, Indiana. There have been three seasons since it launched in summer 2016, with a confirmed fourth season on the way.

This isn't the first Stranger Things collaboration with Roblox. In July 2019, Netflix and Roblox created social media riddles that players were tasked with solving for exclusive rewards. But, players will actually get to experience the thrill of a mall during summer 1985.

If you're looking for free rewards from your favorite Roblox games, we have a ton of them in our Roblox Game Codes post! You can also get a bunch of free stuff via our Roblox Promo Codes page.

How to get pets in Roblox Islands