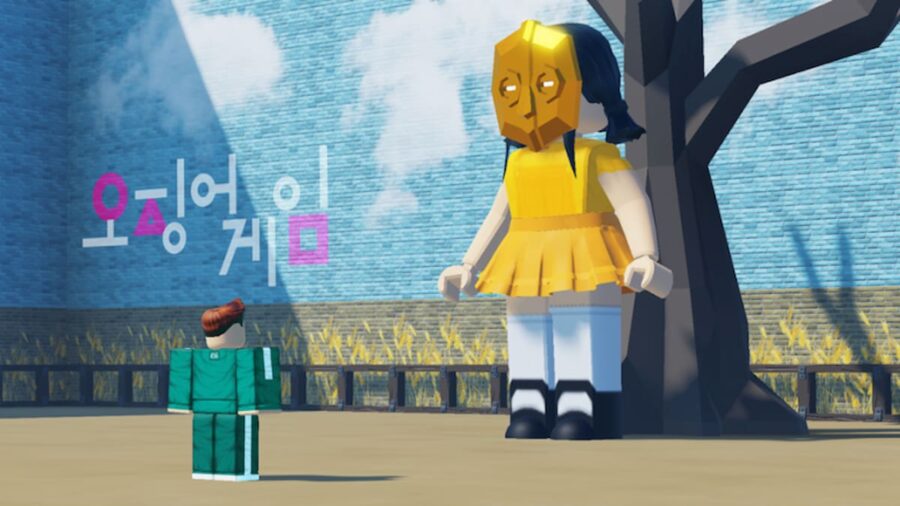 Netflix's Squid Game is the newest show to take the internet by storm— and rightfully so! This Korean series circulates around the same premise as any other game show, competing against others to win deceptively simple minigames in exchange for a hefty cash prize; however, the penalty for losing is a bit more deadly. Any player who fails to complete a game in Squid Game is killed and disposed of until there is only one player left.

This show seemed to blow up overnight after its release on Sept. 17, 2021, and quickly culminated in a cult following. So much so, in fact, that fans have already created and uploaded their own versions of the game show to Roblox, allowing players to enter the madness virtually. As new adaptions of these games are still popping up every day, it's hard to determine which ones are worth playing. However, in this guide, we'll highlight three experiences that seem promising.

Though Fish Game only features the Red Light, Green Light minigame from episode one of Squid Game, it appears to be the fan-favorite at the moment. With impressive graphics, smooth controls, and minimal bugs, it's hard to believe that this game was only created in an impressive 24 hours. Popular YouTuber brothers Sketch and Bandi created Fish Game with hopes to give players a fully working and honest experience, unlike similar games under the same title that constantly crashed or weren't even finished.

Once loaded into Fish Game, users will find themselves dressed in matching uniforms and placed into a room full of bunk beds with other players. This is the lobby where you must wait to be loaded into the next minigame.

There is a timer in the middle of the back wall that will begin counting down each time a new game begins. When the timer hits zero, all players who want to participate in the next round will need to be inside of the illuminated pink circle on the floor. The three circles to the right of the main circle are areas where players can purchase extra lives with Robux.

After stepping into the circle and loading into the minigame, players will have 20 seconds to spread themselves out along a long pink starting line. At the other side of the area is a tall mechanical doll that will sing when players can run towards it and stop singing when players need to immediately freeze. The doll will shoot those who fail to freeze and taken back to the main waiting area.

Those who can make it to the other side without being detected by the doll are the winners and will live to see another day! Once the round ends a new round will start up and so on and so on. For the moment, this is the only minigame in this experience, but as development continues new games from other Squid Game episodes may be added!

RLGL by Slugfo goes a bit further than the one mentioned before with the addition of having an actual cash prize for those who successfully complete the game, but it is very similar in every other way. The only playable game is Red Light, Green Light, however, the developers do plan to add more in the near future.

When loaded into this experience, players will find themselves in a similar situation as before, dressed uniformly with other players and locked in a room where they must wait for their turn to join a round. However, unlike the previous game, a grid can be seen on the floor that live updates as players are killed in the currently in-play round. Each time a player is killed, the amount of money awarded to the winners increases and can be seen near the ceiling.

After the round has finished and the timer hits zero, all players waiting in the lobby will be teleported to the new area where the Red Light, Green Light game will take place. Players will need to spread out along the designated line in the sand and be extra careful to be away from others— collision is on in this experience, meaning competitors will try and have you detected by the doll by pushing you during a red light. After a short brief from the game announcer, players can begin making their way down the field and towards the mechanical doll waiting on the other side so long as they obey her commands to stop and go.

Completing this minigame appears to be much more difficult than the one above and a bit more suspenseful as the time between stopping and running is much longer, however with the promise of a cash prize at the end, it seems as though it's worth it for a lot of players. Players can use the cash collected from wins to purchase new clothes for their avatar to wear.

If you've seen or heard anything online about the influx of games inspired by Netflix's Squid Game on the Roblox platform, Squid Game by Armin (@kasstro) is probably the one that you're most familiar with. This was one of the first experiences to blow up across the web and had users lining up to play it, waiting for their chance to enter the chaos. Quickly, however, users began asking questions as it appeared the game was bugged or broken.

Videos started to circulate on TikTok and Twitter, providing false advice that users had to stand on beds, type certain strings of words in the chat bar, or even emote at the same time for the game to start. In reality, the game wouldn't ever start without an important outside factor being present— an admin. This experience was made to be so realistic to the show that live admins were hired to act as Guards who watched over and moderated the rounds.

The only way to know when a Guard would be active in a game is by checking the game's Discord, however, it seems to be down at the moment as a new version of Kasstro's Squid Game is currently being developed and promoted. To join the Discord of the new game, you can follow the link here. It's also recommended to join the game's Roblox group as updates are posted there regularly.

As of Sept. 2021, the best Roblox games to play for the Squid Game experience are the first two listed above and possibly the third if you're willing to spend a bit more time doing some research! For those wanting to watch the show, be aware that it is rated TV-MA for extreme violence and gore, language, suggestive themes, and frightening images.

To stay updated on all things Roblox, be sure to check back with the Roblox section of Pro Game Guides often!