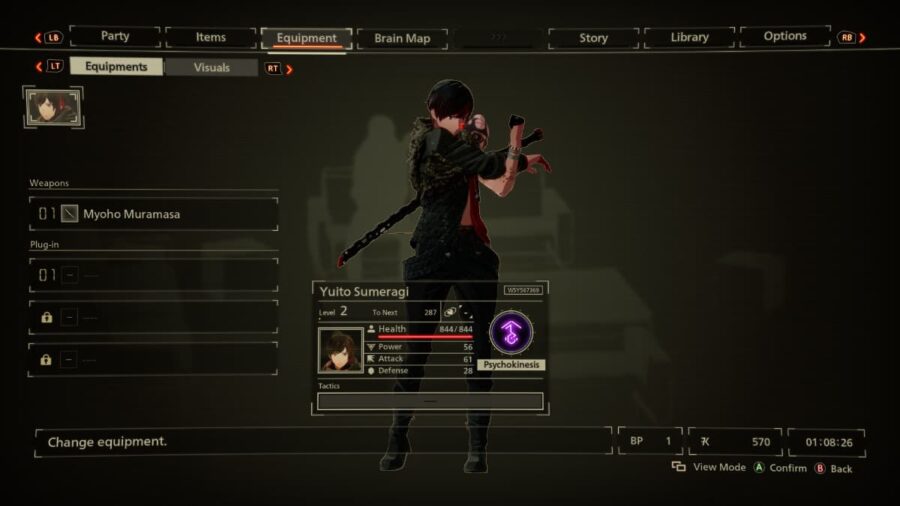 Depending on which version of Scarlet Nexus you ordered, you will have a few pre-order bonuses, but these items will not show up in your inventory on their own. That said, to claim your items, you will first need to start up the game and play past the initial tutorial.

After this point, you will be able to redeem any and all pre-order items from an NPC called Satori the Archivist. Satori is also the game's save system, but you won't need to interact with him. Instead, you will need to walk up and hit either x or z on the bike next to him.

Doing so will open up Satori's store, and from there, you will be able to both buy and sell items, but what you will want to do is move to the accept tab.

Under this tab, you should see and have a list of various items. These will be all pre-order items you got when you pre-order the game, and you can claim them by pressing either enter or A on them all.

Once claimed, you can then equip all of the items via your inventory, these items will also most likely be visual skins, so if you want to equip them you will need to visit the visual tab in your inventory.