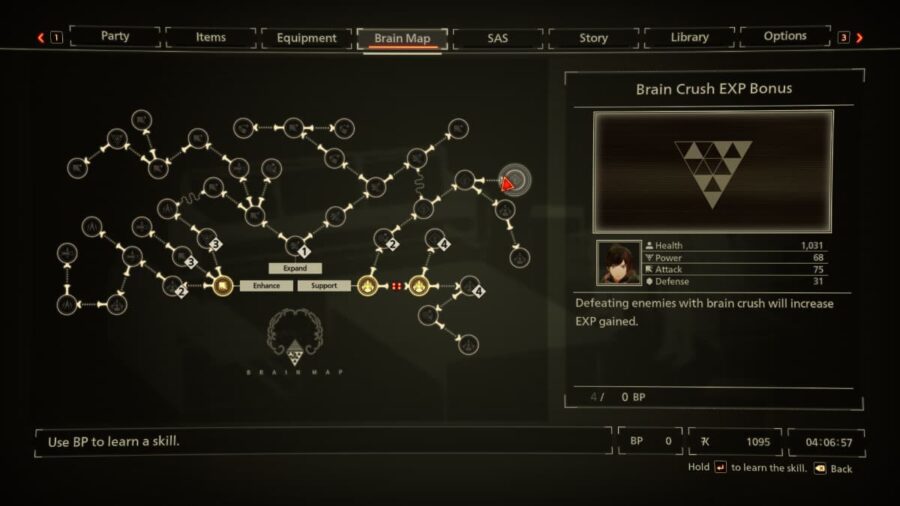 In Scarlet Nexus, you will need money to buy everything you need to survive in the game, from health items to weapons and other essentials. However, money can be tricky to come by as the only major way you can get it is by slaying others and selling the items they drop in the game.

Luckily there is a way you can farm others and get a ton of cash in the process. The first is to unlock the support skill that makes enemies give more money when you use brain crush, as shown above.

Related Where to find Saws Paws in Scarlet Nexus?

This skill will also cost 4 BP points, so make sure to farm enough EXP to unlock it. After that, we recommend heading to the spot shown below at Kunad Highway Junction.

At this location, you will be able to use the various buses spread about the area to kill others instantly, thus earning money with practically no effort. You can also earn a ton of EXP and money from selling the items you get from these others at Satori's shop.

That being said, after you cleared the area, you can farm the enemies again by leaving Kunad Highway Junction entirely and returning to the location again. Doing so will allow you to farm practically infinite money by selling items.