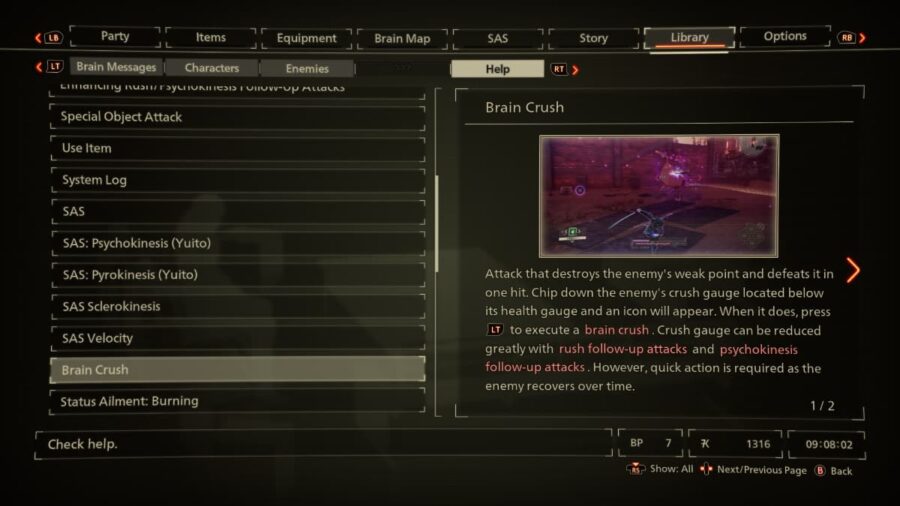 Brain crush is a unique attack move players can do when they fully deplete an enemy's crush bar. Once depleted, players will then be able to use brain crush to instantly kill said enemy and force it to drop rare items every time.

That said, if you want to use brain crush to kill others in Scarlet Nexus, you will need to start by draining their crush bar. You can do this in one of two ways, the first is rush follow-up attacks, and the second is psychokinesis follow-up attacks.

For psychokinesis follow-up attacks, you will need to first land an attack with either of the main attack moves (X/Y or square/triangle) and then follow up with a psychokinesis attack (RT or R2). Doing either move will allow you to drain a target's crush bar over time. However, you will need to be quick and efficient as the crush bar on enemies will fill up over time.

But once an other's crush bar is drained, you will need to press the button flashing on the screen to initiate the brain crush move. On Xbox, this will be LT and PlayStation L2.