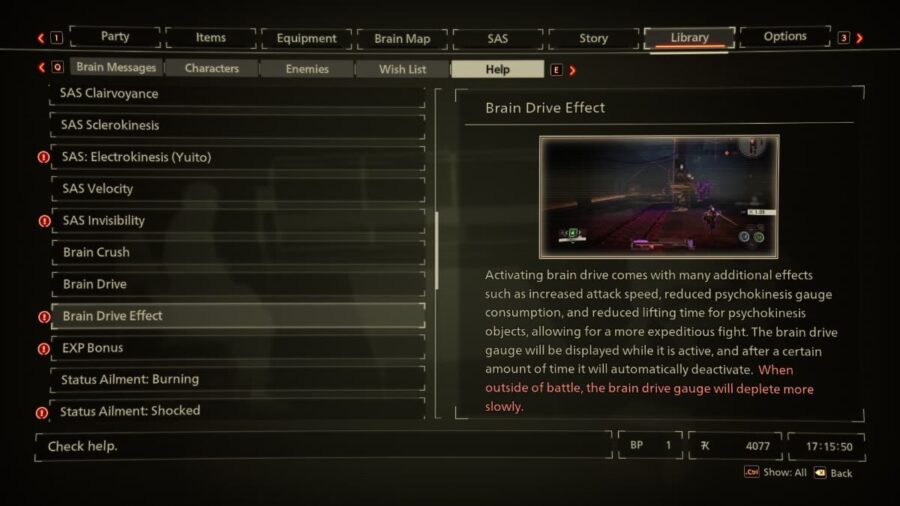 Brain drive is a unique buff state that players can get into when they either deal damage or take it over time in Scarlet Nexus. When activates brain drive this way, they will gain several buffs such as increased damage, faster movement, faster and higher psychokinesis speed.

However, you will need to use brain drive effectively when it activates as it will eventually go down over time, so we recommend going all in and attacking aggressively once brain drive activates. You will also find yourself earning a bunch of extra EXP, as it is one of the decent perks of going into brain drive. The more others you kill will also increase the bonus you gain, so we recommend going all out to make the most of the bonus.

Related: How to add items to your Wish List in Scarlet Nexus

You can even increase the amount of EXP you earn with a certain skill in the brain drive skill tree on the brain map. Along with this, there are also a ton of other skills that can buff and improve the effects of brain drive, so we recommend experimenting and seeing what works with you.