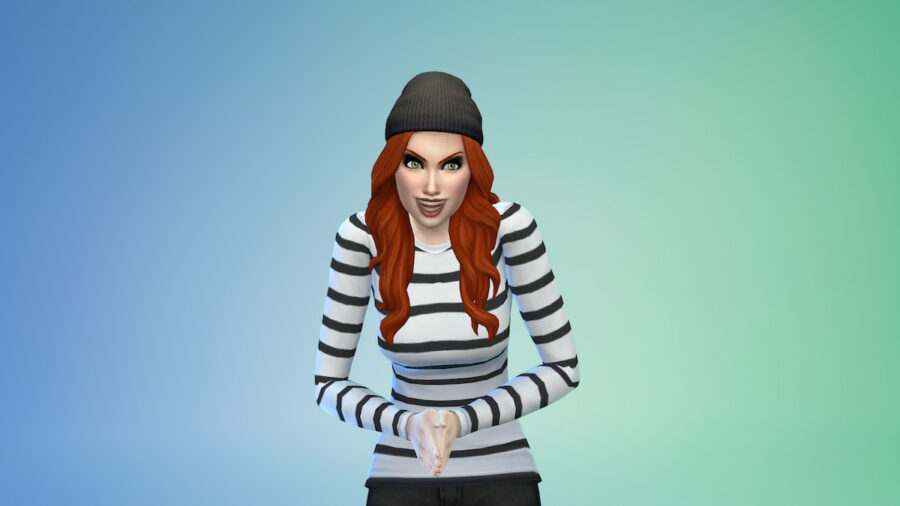 There are always rumors and leaks swirling in The Sims 4 community. This is in part due to The Sims 4 and EA's consistent community engagement. Thanks to a seemingly deleted Tweet, there may be even more hints of features to come in the game. In the meantime, we've also found a mod you may want to check out.

Is EA adding Burglars to The Sims 4?

In a Reddit post, user Guinydyl shows a tweet that was deleted but originally posted on the Los Sims Twitter account. The Los Sims account is the official Twitter for the Spanish-speaking Sims world. This tweet has not been confirmed, but many Sims community members believe the source is authentic. It should also be noted that the clothing the Burglar is wearing in the photo does not appear to be any that currently exists within the game. The decor, however, is classic decor seen in The Sims 4 base game.

We aren't certain if EA will add Burglars to gameplay in The Sims 4. Time will tell if this comes to fruition. That said, we do believe this is enough evidence to at least keep an eye out for future Burglar developments.

It would not be the first time The Sims 4 leaked or hinted at its own content, as was seen in the High School Years expansion pack. A tweet by SailorUnicorn shows how EA accidentally included this option on a community survey. The reason this is relevant is that it may add more credence to the claim that Burglars could be coming to The Sims 4.

Related: How to download the Fairies vs. Witches Mod in The Sims 4

Is there a Burglar Mod in The Sims 4?

There are a few different Burglar mods for The Sims 4 that have been created by community players. The various mods have differing levels of gameplay usability compared to purely cosmetic augmentations. We recommend the Carl's Sims 4 Gameplay Overhaul Mod.

What is in the mod?

This mod is much more than a simple Burglar mod. The mod overhauls The Sims 4 entirely, based on common community desires, complaints, and reported bugs. We chose this mod for Burglars, however, due to its stellar performance within the Burglar category. We also feel the other perks, such as a bug-free relationship system, are worth checking out.

There are a variety of settings, ranging from bill amounts to emotional control of all Sims. Even better, you can disable annoying features like paparazzi. In the mod, useful features like exercising regularly will decrease your Sim's aging.

Note: readers should download and utilize mods at their own discretion.

To download the mod, you'll first go to the Patreon page that hosts the mod file. Scroll to the bottom of the page (right above the comments) and download the .zip file. It may take a moment to download, so be patient, and don't cancel the download early. After this, follow the path file of Documents-Electronic Arts-The Sims 4-Mods and place the .zip file in the Mods folder. Do not place the file more than one folder deep within the Mods area. Finally, make sure you have both custom content and script mods enabled in your Sims 4 Game Options.

Want to read more about developments in The Sims 4? If so, check out Sims 5 Leaks – Release Date, Announcements, Features, & more! on Pro Game Guides.

Is Burglars coming to The Sims 4? – The Sims 4 Burglar Guide