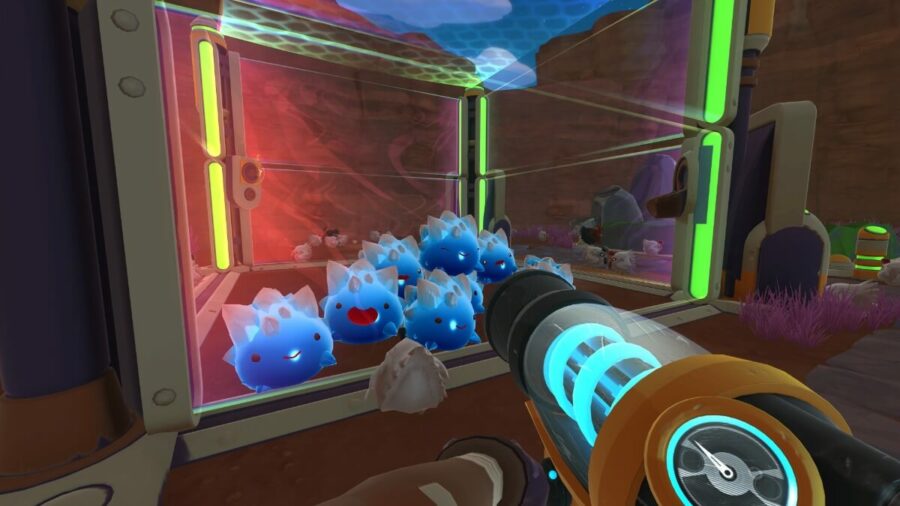 Crystal slimes are dangerous variants of slimes that players can find and capture in Sime Rancher, but where can you even find them?

Where to find Crystal Slimes in Sime Rancher

That said, before heading out to find these slimes, be sure to know what you are getting yourself into. Crystal slimes are one of the most dangerous slimes in the game that can kill you quite fast, even if you purchased health upgrades.

Related: How to unlock Treasure Pods in Slime Rancher

This is mostly due to their unique quirks, which makes them spread hazardous crystals across large ground areas when a player is near. If you agitate them, this problem only becomes heightened as the rate at which they make these harmful crystals increases.

However, there are ways to counter the crystals; the first is to spread water across the area near and on the crystal slimes. Doing this will prevent them from producing the crystals for at least 20 seconds, giving you enough time to capture them or harvest plorts.

Along with this, you can also purchase a music box, which will lower the rate at which crystal slimes produce crystals and get agitated; You can buy a music box as an upgrade to a slime corral for 350 newbucks.