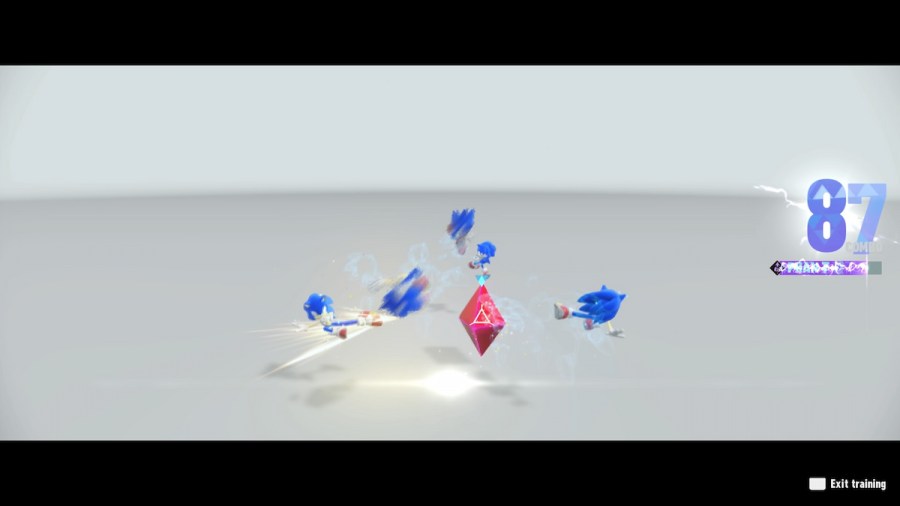 Most of Sonic's classic titles don't have much of a combat element. He either jumps into foes until they explode or runs straight through them. Sonic Frontiers has a ton of interesting techniques and a great payoff for using them properly, like the Phantom Rush.

How to use Phantom Rush in Sonic Frontiers

Phantom Rush is a more powerful state that Sonic can enter to deal extra damage and unlock more techniques. It's the second available skill on Sonic's skill tree. To activate it, simply consistently attack enemies without getting hit to build the combo meter. When the blue bar beneath the combo counter fills, Phantom Rush is activated.

Related: How to fast travel in Sonic Frontiers

Once the bar changes color, all you have to do is keep attacking. Sonic's standard combo will be replaced with a much faster and flashier series of attacks with a 1.2 times damage multiplier. This state lasts until the meter runs out and depletes quickly if you drop the combo.

How to fill the Phantom Rush gauge fast in Sonic Frontiers

You'll have to master the art of building the combo meter to use one of Sonic's most powerful early-game attacks. This is easy enough to do on a stationary target, but it can get a bit more tricky when enemies fight back.

You should get into the habit of dodging out of danger whenever your foe readies a melee attack, then use Sonic Boom to keep dealing damage. With this simple trick, Sonic can be in Phantom Rush mode more often than not.

Sonic Frontiers Combo Guide: How to Use Phantom Rush