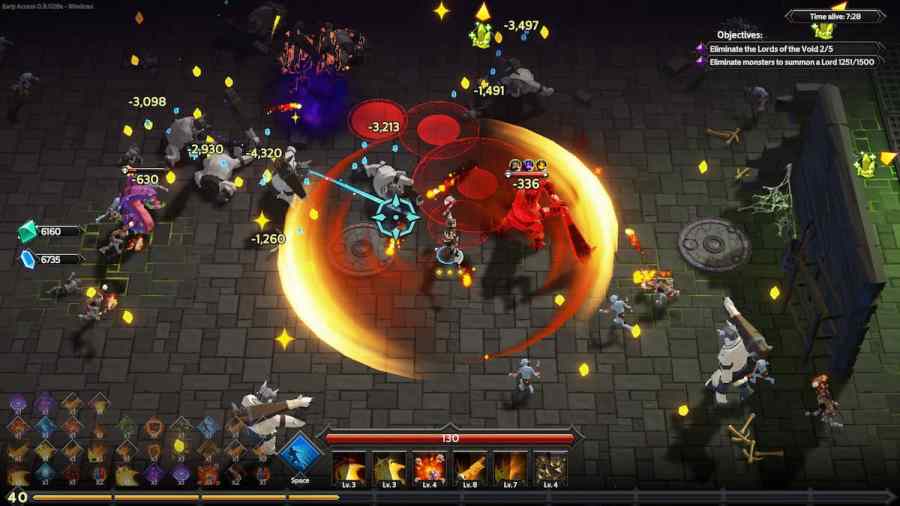 Everyone in S-Tier cast has quick access to the Swing class of abilities. These are some of the most broken in the game regarding synergy and value. The Barbarian is also the easiest character to level up, with no weaknesses in his base weapon. Moreover, all these classes have some broken synergies with elemental damage.

The Necromancer can literally take over the screen with summons. Honestly, all other Survivors who use summons feel lackluster compared to the Necromancer. The Assassin’s bleed synergy is so good that you can build up a Thrust/Bleed combo that makes everything die from a single hit over time. The Chaos Walker has quick access to the two broken Chaos summons, Chaos Totem, and Chaos Golem, essentially making them untouchable.

Related: All characters in Soulstone Survivors

The Spellblade and Arcane Weaver are versatile in that they can slip into elemental paths while still having the option to focus on something like Arcane or missile spam. Meanwhile, The Beastmaster has some pretty good summons and enough skill diversity to make them worth playing every so often.

Each one of these Survivors has the problem that their base or starting weapon abilities are just not great, and you’ll probably end up changing them out for something else. This isn’t the end of the world, but it has more potential to mess up a build or ruin your synergy.

The Hound Master’s hounds are incredibly underwhelming, and so much of his kit revolves around traps and his weak guns. Almost every Survivor does what he does better and with a better variety of skills.