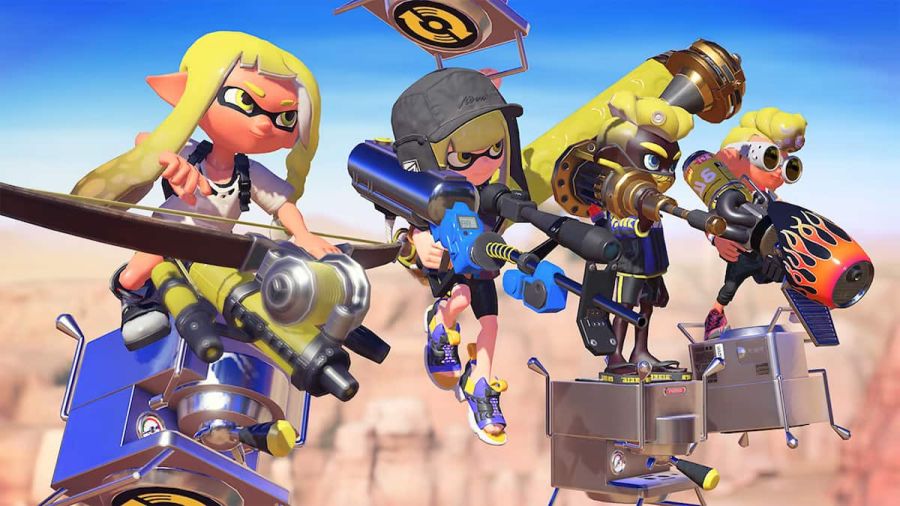 Splatoon 3, the highly anticipated third-person shooter video game for Nintendo Switch, is set for a Sept. 9 release this year. Being the third game in its franchise, the game arrives with a variety of new and improved gameplay elements and features. While Splatoon 3 includes all the weapons from past games, it also introduces a plethora of fresh weapons to use. Let's take a look at some of the new weapons showcased in the recent Nintendo Direct event.

It is a bow-like weapon that can fire three arrows simultaneously and can be charged to fire an even more powerful shot. Stringers fall under the Splatland weapon category.

The Splatana Wiper is part of an entirely new weapon class called Splatanas. You can swing this wiper rapidly to send sprays of ink flying at your opponents. This weapon can also be charged to make the ink splash go farther. The Splatana Wiper excels at all ranges of combat.

You can acquire the powerful Special Weapons by earning points to fill up the inking turf gauge. Here's a list of some of these weapons coming with Splatoon 3.

Throwing down a Tacticooler will spawn a fridge containing four in-game beverages. These drinks can grant you power-ups such as movement speed boosts.

The Wave Breakers sends waves around its activation point at regular intervals. These waves damage and mark any enemy on contact. However, they can save themselves by jumping the waves.

Some of thee returning Special Weapons in Splatoon 3 include Tenta Missiles, Inkjet, Ink Storm, Ultra Stamp, and Booyah Bomb. You can watch the Nintendo Direct event for Splatoon 3 below.

Stay tuned to Pro Game Guides for more Splatoon 3 content. In the meantime, head over to our article on What are Table Turf Battles in Splatoon 3? New mini-game, cards, & more!

All new weapons confirmed for Splatoon 3