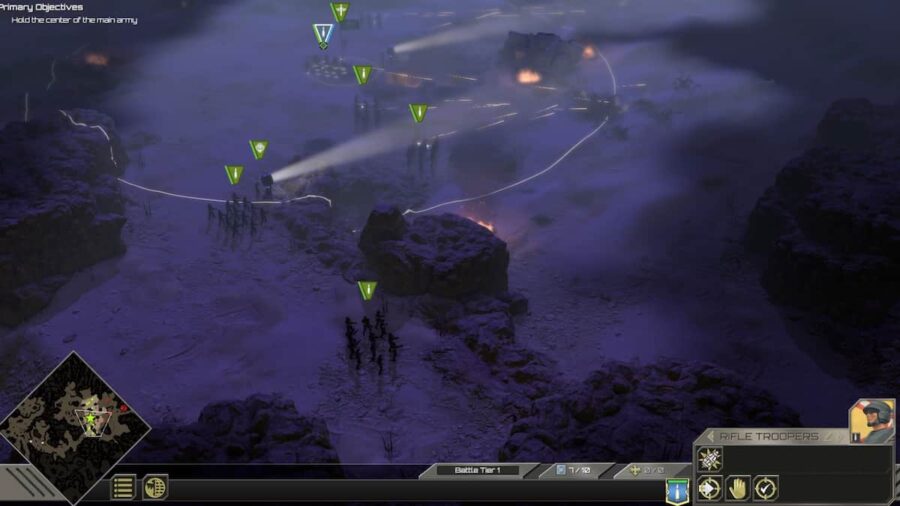 How does Redeployment work in Starship Troopers: Terran Command?

You can redeploy units between Drop Sites quickly by selecting a unit and clicking Dropship Transport. Once you've done that, click on the Drop Site you'd like the unit to depart from, then click on the landing site you'd like to land on. An empty Drop Site will be occupied by a Dropship as soon as it arrives and will remain empty until the unit boards.

Several units can board one Dropship at the same time. The units can be ordered as individual units or as a group. It is important to note that a Dropship cannot take off until every crew member has boarded.

Related: How to capture a base in Starship Troopers: Terran Command

What does Unit Reinforcement mean in Starship Troopers: Terran Command?

How do I reinforce units?

How to disband units in Starship Troopers: Terran Command

You don't always need to send your troopers to their deaths to get rid of them. You can always disband any trooper by selecting them, pressing Disband Unit, then picking a Drop Zone. Those units will retreat from the battlefield. You can't bring back disbanded units, and keep in mind that ordering new units just gives you level 1 troopers. Keep them if you can.

How to disband a turret

A turret should be disbanded and the resources collected rather than left unattended. Turrets can be disbanded by selecting them and pressing Disband Turret. Turrets will tell you how much their supplies cost, so you can rebuild them elsewhere.

Can you group units in Starship Troopers: Terran Command?

Create your own trooper groups by selecting any number of troopers and pressing Ctrl and a number. These troopers will be assigned to your chosen number, and units within groups will be bracketed.

How to redeploy units in Starship Troopers Terran Command