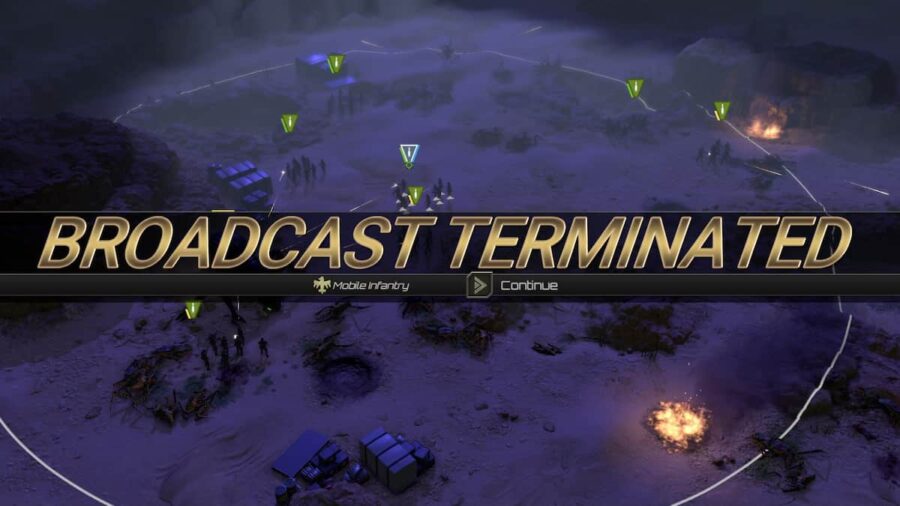 Bases are essential to beating the Bugs in Starship Troopers: Terran Command. They allow players to send out more diverse troop types but can be confusing to memorize. Before deciding what buildings to deploy, you must first decide how to capture entire bases.

How do I capture bases in Starship Troopers: Terran Command?

Capturing bases involves bringing units within their capture radius. Radius is a blue circle that surrounds the main building until you can control it. You can see a yellow bar over a base when you control it. Additionally, Spotlights and Supply Caches can be captured and controlled. Once captured, these structures are removed from the Battlefield.

On the other hand, Bugs can also overrun your base and retake it similarly. If a bug remains within the base's capture radius, it will cause you to lose control of the base, shown by a yellow bar that depletes over time. Unless your primary objective was to defend a base, you could always retake it later.

Related: How to tell what level units are in Starship Troopers: Terran Command

You only need one building to increase your Battle Tier, so if you don't need or don't want specific units deployed at the moment, you can save open Delivery Platforms and War Supports for later. Rifle Troopers can always be deployed, regardless of Battle Tier.

How to capture a base in Starship Troopers Terran Command