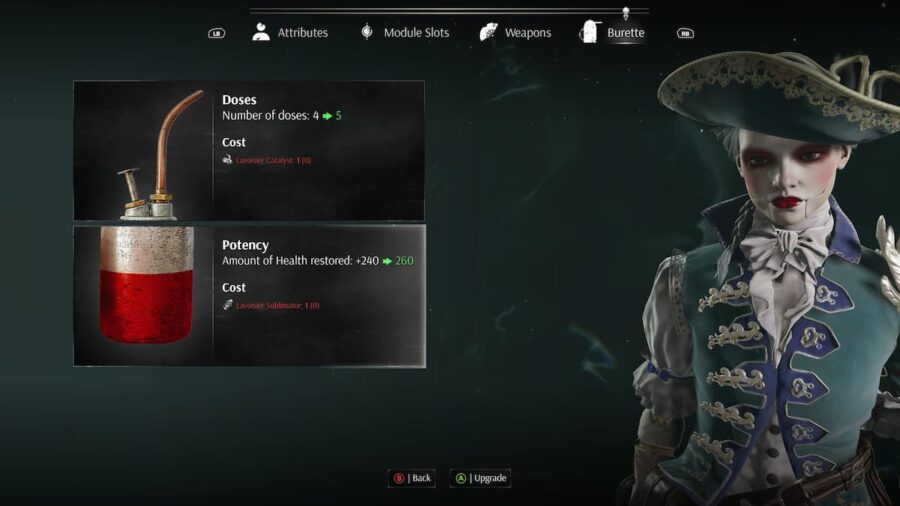 Steelrising is an alternate French history where Automats have risen under a Tyrant King. In service of the Queen, Aegis must fight back against his Tyranny using several combat abilities. In Steelrising, you have an Oil Burette, or healing potion, allowing you to heal instantly during combat. Here is how you upgrade your Oil Burette in Steelrising.

What are Lavoisier Catalyst and Lavoisier Sublimator used for in Steelrising?

Lavoisier Catalyst and Lavoisier Sublimator are found in the world in chests and are rare items. They are typically found hidden in each location in the game. If you are struggling with healing items, you can use Ordinary Oil Vials, which can be purchased from the Boutique, which are single-use heal-over-time items.

How to upgrade your Oil Burette in Steelrising?

Once you have found a Lavoisier Catalyst or Lavoisier Sublimator, you can infuse it into your Oil Burette at a Vestal. Select Upgrades and tab across to the Burette menu. Here you will be able to improve either the doses or health restored.

How to upgrade your Oil Burette (Healing Potion) in Steelrising?