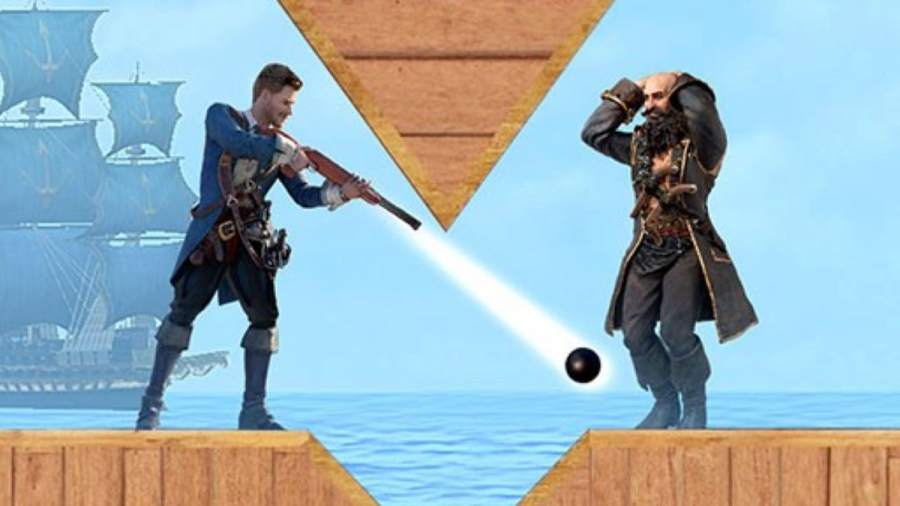 If you’re looking for a deeper puzzle game that incorporates world-building and RPG elements,  Stormshot: Isle of Adventure should definitely be on your radar. This free-to-play pirate-themed Android and iOS game sees you solving angle challenges to shoot pirates while also upgrading buildings on your base and exploring the area you’ve found yourself stranded in.

Stormshot gift codes can have a variety of rewards, including resources such as Food and Crystals, various Speedups, and cosmetic items. Resources are used to create and later improve the levels of your structures, while Speedups can help everything from income to construction speeds. If you're looking for more free mobile game codes, check out our Eatventure Codes.

These are all the working Stormshot: Isle of Adventure codes.

These are expired codes for Stormshot: Isle of Adventure.

How to redeem codes in Stormshot: Isle of Adventure

Follow the instructions below to redeem codes in Stormshot: Isle of Adventure.

How can you get more Stormshot: Isle of Adventure gift codes?

Why are my Stormshot: Isle of Adventure codes not working?

If you’ve tried one of our gift codes for Stormshot: Isle of Adventure and it hasn’t worked, did you cut and paste it in? If not, check for typos. These codes are often case-sensitive and need to be inputted exactly as we print them, including capitalization. If that doesn’t fix it, the code may have become invalid. This happens to all gift codes in the end but don’t worry; you can be sure we’re out hunting for new ones.

Other ways to get free rewards in Stormshot: Isle of Adventure

There are lots of ways to receive more free items in Stormshot: Isle of Adventure. Every few Stronghold levels, you can claim free Gold by going to the Store, clicking Growth Fund, and claiming it. You’ll get 1,200 Gold at Stronghold level six, 1,800 gold at level eight, and so on. You should also look out for random chests popping up on the world map, as sending a worker to collect them will also gain you free Gold. Finally, the little red dots on your menu buttons are your friends. These indicate you may have level-up, free items, or other goodies available, so always explore these rabbit holes thoroughly to claim all the freebies!

What is Stormshot: Isle of Adventure?

Stormshot: Isle of Adventure is a mix of light RPG, tycoon-style world builder, and puzzle game with a pirate theme. It’s free-to-play with an in-game cash store. Story progress is achieved by completing levels, in each of which you have to make one or more rifle shots to hit your pirate nemesis. Then, from your Stronghold, you explore the area to find new adventures, have occasional battles, gather resources, and find new recruits to help in battles and exploration.