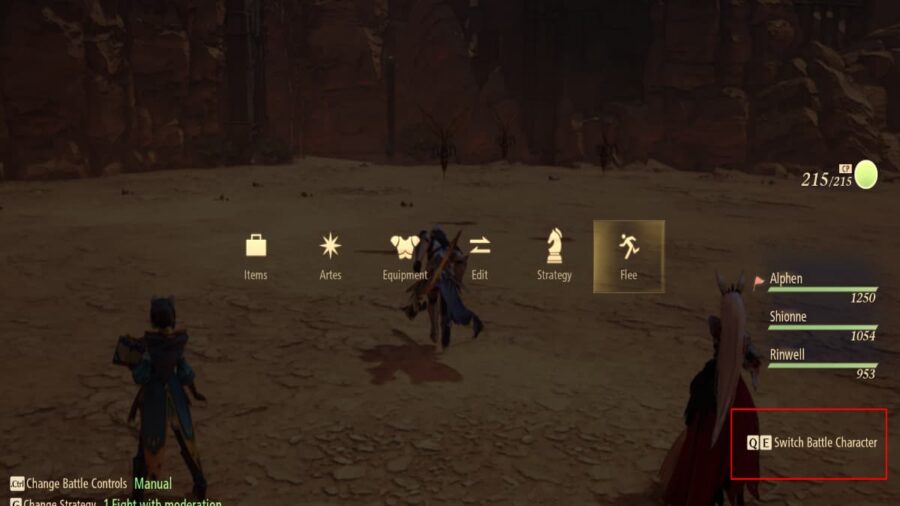 If you want to change character in Battles in Tales of Arise, you will need to first get into a battle and access the menu hub.

You can change your current character in the menu options by pressing either RB or LB, Q or E, and L1 or R1. Doing so will change the character you are controlling for that battle only. If you want to permanently change this, so every battle starts with a specific character, you will need to find the edit option in the game.

You can locate edit by going to the main menu hub and pressing either F or RB to open. From that menu, just press RB on the character you to play as each battle and you will change the party leader in battles.

You can also change your party leader so that when you are exploring the game world and moving around, you control a party member instead of the main character.

Related: How to farm money in Tales of Arise

To change party leader, you will need to visit the main menu and press either triangle, X, or F. This will then move a flag icon up and down that represents your current party member. Move this arrow until it is on a character you will want to control.

Remember, this will not switch your character in battles, and you will still need to change them manually using the instructions laid out in this guide. That said, once your character is changed, you will be able to control them and change their artes out just like with your main character.

How to get all weapons in Tales of Arise?

How to get all Devil Arms in Tales of Arise?

How to get all of the Outfits in Tales of Arise?

All Quests and Sub-Quests in Tales of Arise