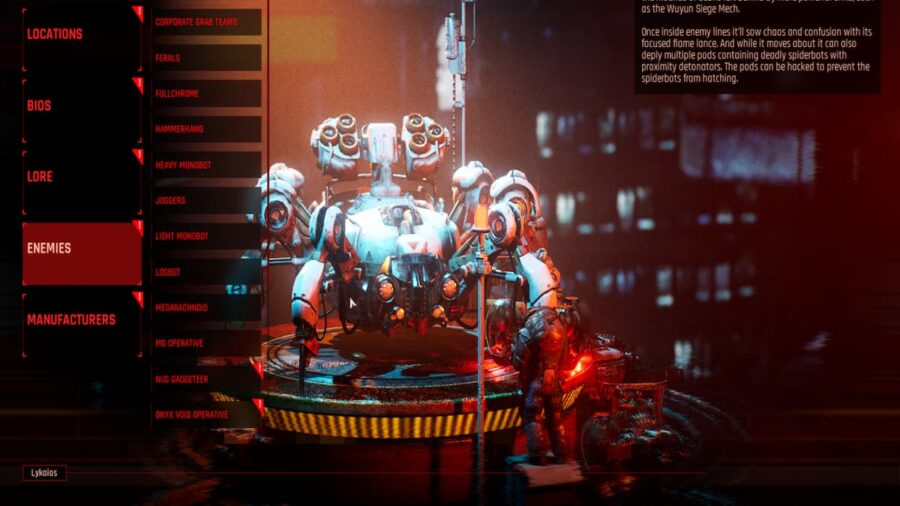 Bosses are touch and go when it comes to defeating them. Sometimes you can defeat them with ease when other times it takes a lot of attempts before the deed is done. One boss is the latter in The Ascent.

To kill this boss, you need to keep moving, the second you do so you are dead. You need in this fight to bring along two energy weapons, preferably long range, such as the ER Chrome Puncher, or the mid range E77 Superior assault rifle. Your main focus will be killing the spiders as quickly as possible, and when there is a lull moment take a shot at the boss. This is a boss that will test your patience, as you need to play the long game, not the short.

In the area RBM-5 area, you might have acquired two augments as drops, the Mono Ranger, and the Mono Scrapper. These are the augments to use, as they can distract the boss, and also deal damage, while you fire with your ER Chrome Puncher. Keep your distance, and eventually, the boss will die.

Related: Does The Ascent support Ultrawide?

The Megarachnoid releases many little spiders that can jump on you and explode for massive damage. Some of these spiders you can kill before they reach you, others you can not harm, meaning you have to dodge at the last moment to not get hit.

While you are dodging spiders, the main boss is spurting out gouts of fire like a flamethrower long range, which if it touches you, you suffer from damage over time, and it hurts like hell.

Another attack the boss does is to throw eggs around the arena floor. These will become mini spiders no matter what you do, even if you take away their health.

Do not bring along with you any augments or weaponry that will make you stand still or move slowly, like the Neutron Beam or the Astrosmasher rocket pod.