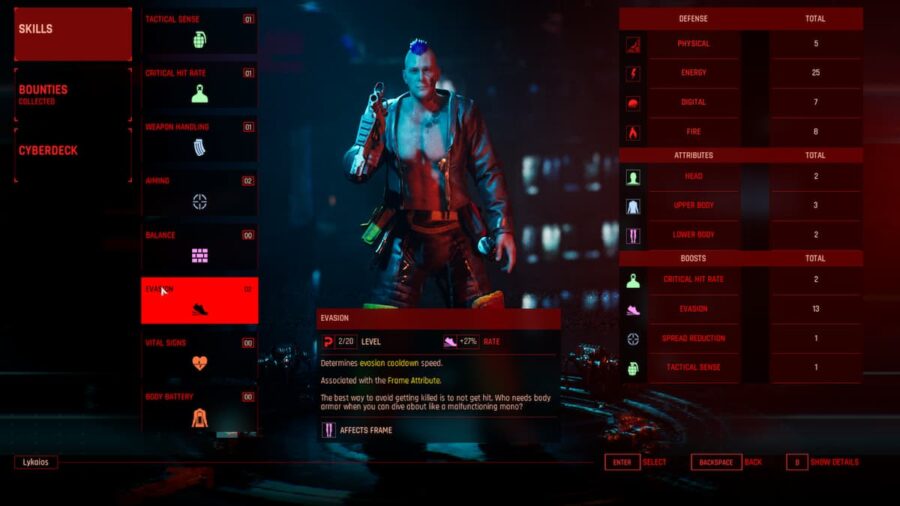 The short answer is no. You cannot sprint in The Ascent. The only way that you can move around quickly to get from A to B is to keep pressing the evade button, which is the A or Space bar. But you cannot continuously roll like The Legend of Zelda. Evade is on a cooldown, that you can only do two or three before you have to wait a few seconds to repeat it.

There is a way to decrease this cooldown of evasion, and that is by allocating points into the Evasion skill. Each point in Evasion will make the cooldown shorter, meaning you'll be able to use it again much more quickly.

Related: Where to hand in bounties in The Ascent?

Moving around isn't that bad when you're in combat or exploring Cluster 13, where all the shops are, due to being on multiple levels, and it's quite easy to get lost. But backtracking and the like, where you are not engaged in combat, not having a sprint seems to be an oversight.

Though there is a fast travel feature in the game involving being collected by a taxi from wherever you may be, this costs Ucred and is best put towards purchasing other augments or weapons.