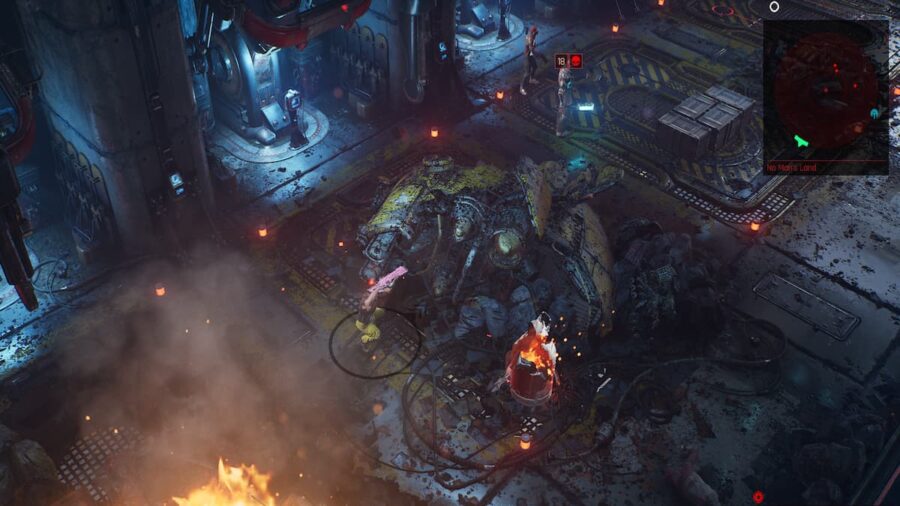 Update: The option to change difficulty was added in the day one patch of The Ascent. To change your difficulty, simply click Settings on the Main Menu, and then select Gameplay. In the Gameplay options, Difficulty will be the top option. Scroll through the options left to right to change it. There are three difficulties to choose from, Easy, Normal, and Hard.

At the moment, for those playing The Ascent on Xbox Game Pass, there is a current problem with the title not receiving updates—so the day one patch, which includes the difficulty options, is not yet available. Once this has been rectified, all platforms will have the choice of difficulty.

Old: The short answer is no. You cannot change the difficulty in The Ascent. Due to how the game exploration works, there are multiple zones that house higher-leveled enemies that you may randomly encounter as you wander around.

Meaning, you have to level yourself up by completing missions, killing enemies, taking down bounties, etc., to level up, and then enter these areas later on when you don't die in one shot.

Related: Is there a penalty for dying in The Ascent?

No zones are shown, no areas are level on the map. It's pure chance if you go into these areas. When progression is made, you'll end up having to go into these high-leveled areas for a mission or memorize the location and come back when you think you can take them down.

It's strange for an Action Role-Playing game not to have multiple difficulties to choose from that can offer boons such as more loot and experience in exchange for dealing with more powerful enemies, like the Diablo franchise.

The problem with zoned difficulty is that you cannot explore as much as you want to. Even though dying holds no consequence, getting one-shotted by a mob three times your level is not good for those who don't like being held back.