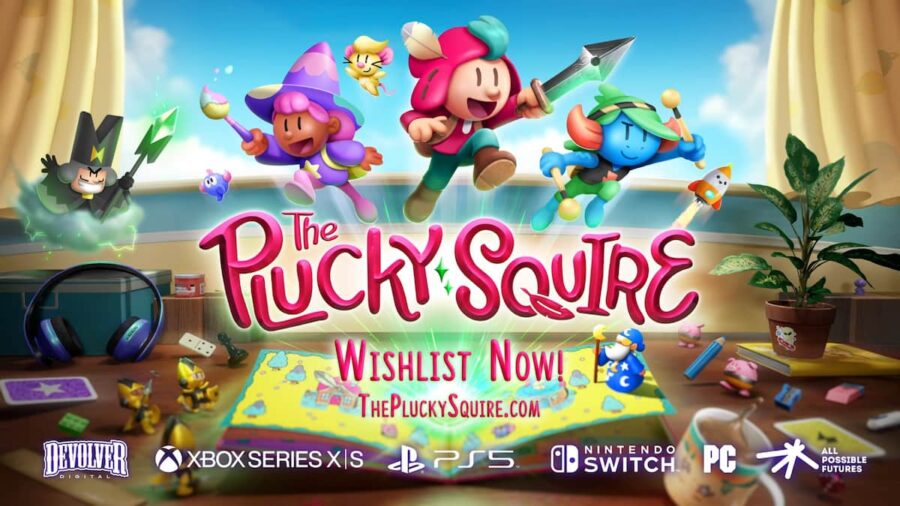 Image via All Possible Futures

Devolver Digital’s portion of the Summer Game Fest revealed several new titles, including The Plucky Squire, an action-adventure game that sees a hero leap from the pages of the book into the real world. Here’s everything you need to know about The Plucky Squire.

Everything we know about The Plucky Squire

Plucky Squire follows the adventure of Jot and his friends, storybook characters who find themselves flung into the real world after the last page on their story turns. Jot must navigate the desk, and room of the book’s owner, fighting his way through enemies sent by the villainous Humgrump. It’s a magical adventure that sees the protagonist jump between 2D and 3D worlds to battle his way towards defeating the villain.

What type of game is The Plucky Squire?

Plucky Squire starts off as a simple side-scroller but quickly turns into something much more. After being ejected from his storybook by Humgrump, Jot must overcome obstacles in the real world in order to find his way back to save his home.

What is the release date of The Plucky Squire?

No specific release date for The Plucky Squire is currently available, but it is scheduled for 2023. You can wishlist the game on Steam already

What platforms will Plucky Squire be on?

Plucky Squire is set to be released on Nintendo Switch, PlayStation 5, Xbox Series X/S, and Steam. This means you can pick your favorite platform to enjoy this whimsical adventure.

What is The Plucky Squire – Release date, platforms, & more