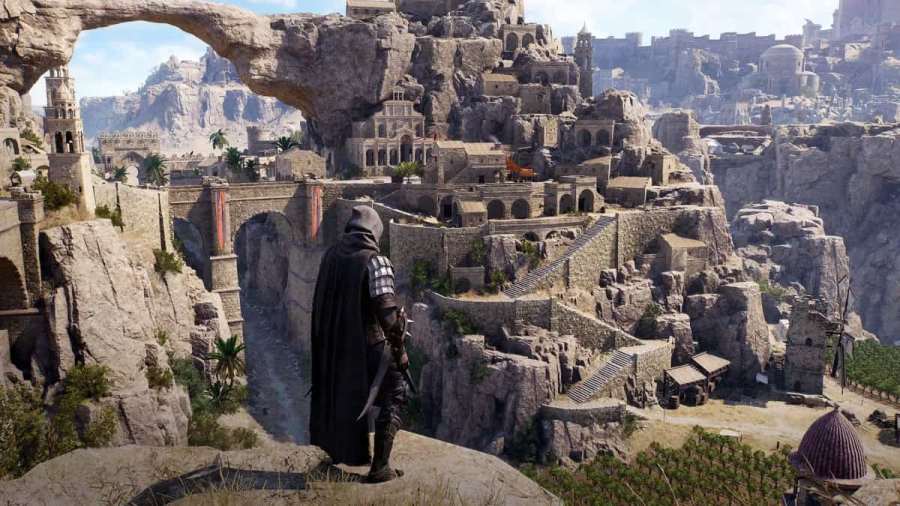 The Lineage series of fantasy MMORPG games from NCSoft dates back to 1998 and has been hugely popular worldwide. Rumors and reports of delays and issues have been circulating about Lineage 3 for years, but what fans are actually going to get has now morphed into Throne and Liberty. The game has been repurposed and restructured in a new world, so read on for what we know about the Throne and Liberty release date, trailer, platforms, and more.

What is the release date for Throne and Liberty?

According to the Director’s Preview (below), Throne and Liberty will be released in the first half of 2023. The exact date has yet to be announced, but it will likely be during Q2. It is slated for a global launch, so it doesn’t look like players in the west will have to wait and play catch-up.

What platforms will Throne and Liberty be available on?

Throne and Liberty will be released for both PC and console, with the game expected to be available on both PlayStation (PS5) and Xbox (Series X) and was designed for both from the beginning. Streaming play will also be possible on mobile. Pricing has not yet been made available. Player character customization will be available at any time, including being able to begin with a picture of themselves.

What is Throne and Liberty about?

From what we can see from the early footage from Throne and Liberty, it looks to be a traditional MMORPG that centers around combat and leveling up. But the Director’s Preview goes to great lengths to emphasize that the focus is on the freedom to play your way. Whether you want to explore the game’s deep storyline solo and collect or craft or join a guild and battle in teams, it claims the game will have content for you.

In terms of the world, it is described as having no boundaries, suggesting a seamless world rather than zones. And this includes areas such as dungeons, where you can see other groups and interact with them as a part of the main world. Weather and environments will have in-game effects players can adapt to and use to their benefit. With the suggestion, players will be able to directly affect in-game ecosystems by transforming the landscape.

Throne of Liberty combat is skill-based, not class, and will change depending on which weapon you are wielding at the time, so you can switch styles at any time with the same character. You will be able to combine two weapon types at a time, allowing for various combat strategies and rolls. Combat will also include an element of timing, such as choosing defensive skills at the right moment to avoid incoming attacks.

While most Throne and Liberty areas will be safe zones, there will be designated PVP areas. These combat zones will also house competitions and battles, and it seems they can pop up in many locations. However, you can always check which areas are currently PVP-enabled through the map. These PVP battles will be limited to 20 minutes, with successful players rising up through a Rank system. But there will also be guild wars with a catch-the-flag system.