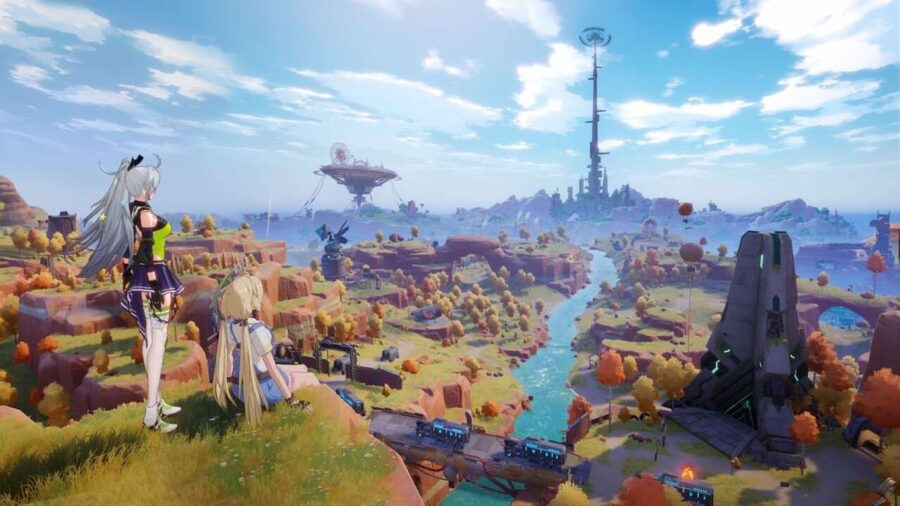 Genshin Impact is one of the biggest games in the world right now, so it's no surprise that players are waiting on a competitor. Tower of Fantasy has some similarities to Genshin Impact and is another open-world game. You are likely wondering just how closely the two play to each other and if Tower of Fantasy is different enough to warrant your attention.

Genshin Impact vs. Tower of Fantasy - How do they compare?

Related: All Characters in Tower of Fantasy (so far)

Both games have a gacha system, but you customize your protagonist in Tower of Fantasy. In Genshin, you are forced to choose between playing Aether or Lumine, as the story is heavily centered around the twins. In Genshin Impact and Tower of Fantasy, you will need to make pulls to get new characters and weapons.

Genshin Impact actually has a really good pity system, and it works off of a star ranking. Tower of Fantasy seems to work off of an SR system that many who play other gatch games will be familiar with. Since Tower of Fantasy is still being tested, we don't know what type of rate the banners will have, and if there will be any type of pity to help you pull the characters you like a bit easier,

How the Playstyles Differ

The game heavily revolves around these weapons, and as of right now, you can equip three different weapons to a single character. Depending on what type of weapon you're using, the role of the character you are playing will change. While weapons do work with elements, the game seems to have a different feel from Genshin's reactions.

You will also find that getting around is a bit different as not only do you glide, but you can use specialized mounts to move through the world as well. There is also a housing system for you to invest in when you don't feel like going on quests or taking on bosses in Tower of Fantasy.

How similar are Tower of Fantasy & Genshin Impact?