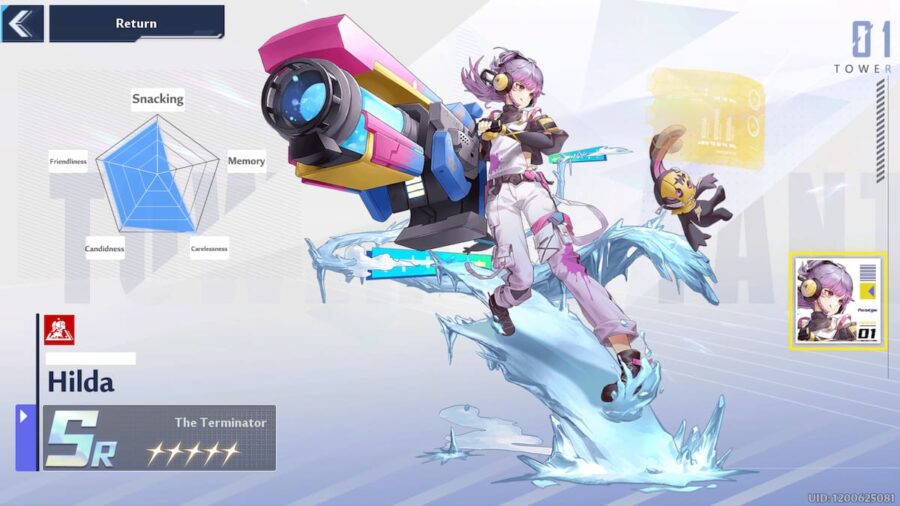 Tower of Fantasy is an action RPG set in a post-apocalyptic world and features equally interesting characters, weapons, and combat styles. By collecting them through a gacha system, players can show off their collection of waifus and husbandos. One that's being promoted a lot in the store is Hilda. But is she worth buying?

Should you buy Hilda in Tower of Fantasy?

This isn't as straightforward as it would seem, as there isn't a way to purchase Hilda in Tower of Fantasy directly. The Hilda bundle in the shop listed for $9.99 is part of the paid pass, which includes a Hilda-themed Matrix Chip 4-Set at set intervals in the pass. Spending $19.99 bumps players up to level 30, which gives them the first of the four pieces. Unless you plan on grinding out 120 levels of this pass, it's definitely not worth the money.

Related: Is Nemesis worth rolling for in Tower of Fantasy?

As far as Hilda herself goes, she can be acquired like any other Simulacra. She is an SR character with The Terminator as her weapon. It's unique in Tower of Fantasy in that it is a slow-firing weapon that does mediocre damage and requires reloading after 40 shots. Compared to SSR weapons like Molten Shield V2 or Absolute Zero, it leaves much to be desired. By proxy, that leaves Hilda wanting unless players are fond of her design.

Is Hilda worth buying in Tower of Fantasy?