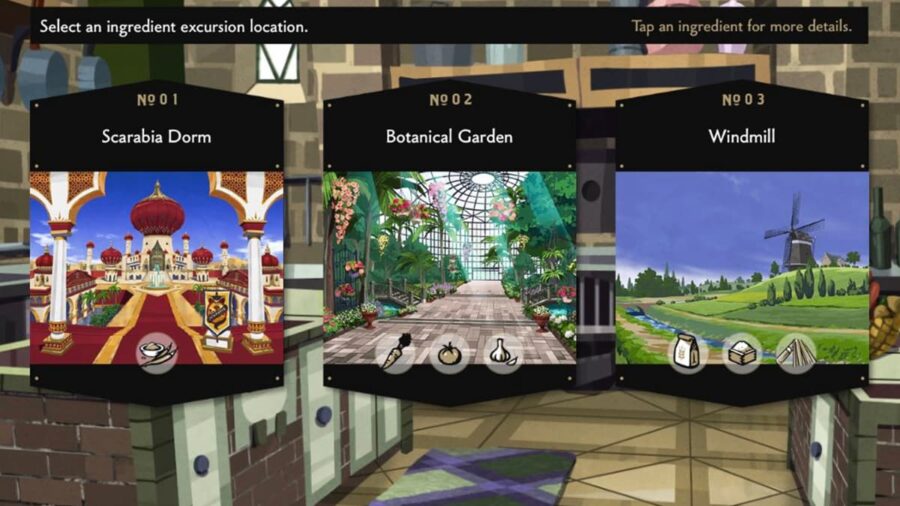 All The Spice of Life Ingredient Locations

Each location can provide players with up to three ingredients, aside from Scarabia Dorm, which only yields the main ingredient (Chili Powder). You aren't guaranteed every ingredient a location has from a single excursion, but the chance of getting all of them, and better-quality ingredients, rises with longer excursions.

Related: All recipes for The Culinary Crucible: The Spice of Life event in Disney Twisted-Wonderland

Each ingredient can only be found at one location, but many are used for multiple dishes. Chili Powder is used in every dish. At the start of the event, four out of six of the locations are already unlocked. The other two require gameplay to unlock, via gathering the number of Culinary Crucible Tokens specified in the list.

All ingredient locations for The Culinary Crucible: The Spice of Life event in Disney Twisted-Wonderland