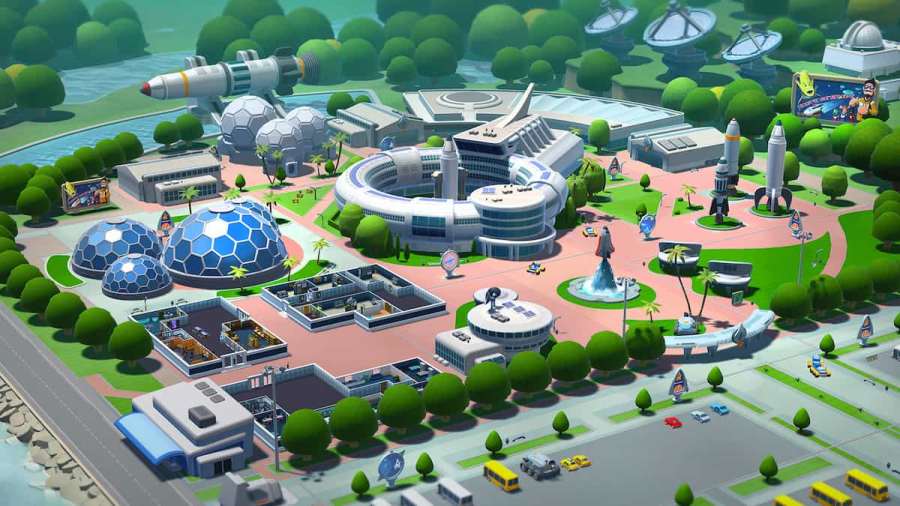 If you can’t get enough of Two Point Campus, prepare for the new Space Academy expansion, which was revealed today. Publisher Sega announced the new expansion with a tweet on their official Twitter, along with an accompanying trailer.

In the trailer, the expansion promises three new campus locations, six “cosmic” new courses, and lots of new items and goodies to place. Although we don’t know how many space cadet-level candidates you’ll manage to make, the game is again focused on the wacky and wild aspects of academia.

Related: What courses can students take in Two Point Campus?

These new campuses include Universe City, Cape Shrapnull, and Cheesy Heep, which is literally on the moon! There’s also new courses, including Astrology (vital to know your star sign in space), Cosmic Expansion, and Cheese Moongery—the study of how the moon is made of cheese, of course.

Two Point Campus has managed to captivate many with its gameplay. After the successful Theme Hospital-inspired Two Point Hospital, Two Point Campus took the levity and jokes of the previous installment and expanded to a hilarious parody of both higher education and schooling in general.

And luckily, fans won’t have to wait long for the new update. Two Point Campus: Space Academy launches on December 6, giving us just a week to prepare our space suits, and brush up on our thermal dynamics and cosmic arithmetic. The expansion will be available on all platforms that Two Point Campus is currently on, including PS5, PS4, Xbox Series X/S, Xbox One, Nintendo Switch, and PC on Steam.