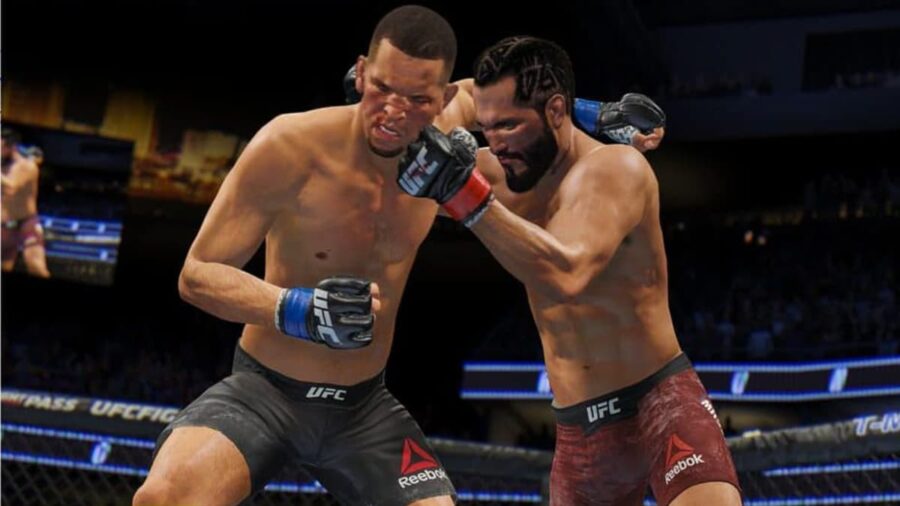 One of the new features in EA Sports UFC 4 is the dynamic clinch system. The clinch in UFC 4 allows players to transition to different positions quickly, unleash devastating striking moves, and pull off a variety of takedowns. The clinch can be a very effective tool in UFC 4, but initiating it is a little different than previous UFC games.

Related: Which Sports are in Riders Republic? Full Sports List

In order to initiate a clinch, you must be close to your opponent and both standing up. On PlayStation 4 tap R1+Square, and on Xbox One, tap RB+X. If your fighter is in the southpaw stance, the controls are switched to Triangle for PlayStation 4 and Y for Xbox One. To exit the clinch, simply flick the left stick away from the opponent.

Once in the clinch, both fighters can throw punches, work for a better position, or go for a takedown. The clinch system moves fluidly and action happens fast, so it can be important to mix up striking and positions, and perform moves quickly.

Throwing strikes in the clinch is very similar to controls for the stand-up game. On PlayStation 4, Square and Triangle control punches, while X and Circle control knees. On Xbox One, X and Y control punches, while A and B control knees. Strikes can also be modified to target the opponent's body using L2 (PS4) or LT (Xbox One). Fighters can also throw modified strikes in the clinch. For hooks, press L1+Square/Triangle (PS4) or LB+X/Y (Xbox One). Elbows can be thrown by using the same controls as hooks, but pressing both punch buttons at the same time.

For more guides, check out All Genshin Impact Characters on Pro Game Guides.

How to perform a Takedown in UFC 4