Our Dota Underlords Items List features all of the available items in the game! Taking advantage of these items can go a long way in helping you gain victory over your opponents in this new stand-alone version of Auto Chess.

While a lot of the same items have been brought over from Auto Chess, Valve has added some tweaks and a new type of item. The new item style is called Global Items, and these items are designated with the small global icon next to the name. Global items do not need to be equipped to your Heroes, and have an effect that benefits you globally. This can be within the battle or outside of it. An example of one of these is Embarrassment of Riches which reads, "Neutral rounds offer one additional item choice." Some of them will affect your heroes in battle like Age of Chivalry which reads, "Non-Knight units gain +10% damage reduction for each allied Knight unit 1 cell away." As you can see, these items can be pretty powerful and are a pretty big chance to how you will think about games going forward!

Update: A new patch has brought three new items: Force Staff, Scythe of Vyse, and Big-Time Contract. It has also made some changes to Silver Lining, Shaman Pluck, and Blink Dagger! 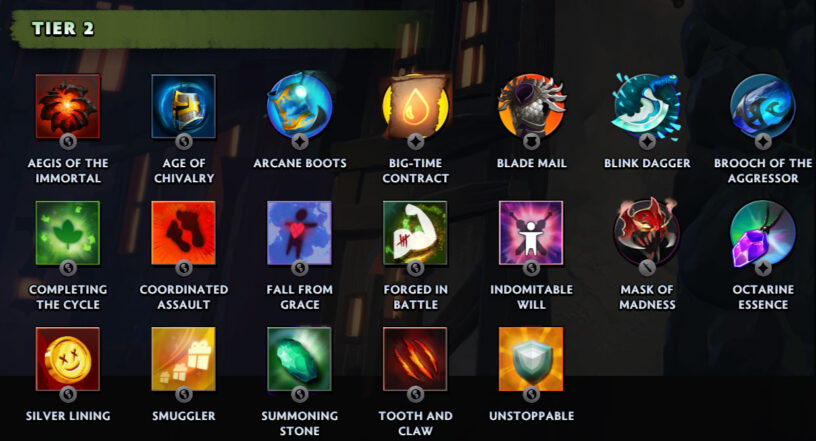 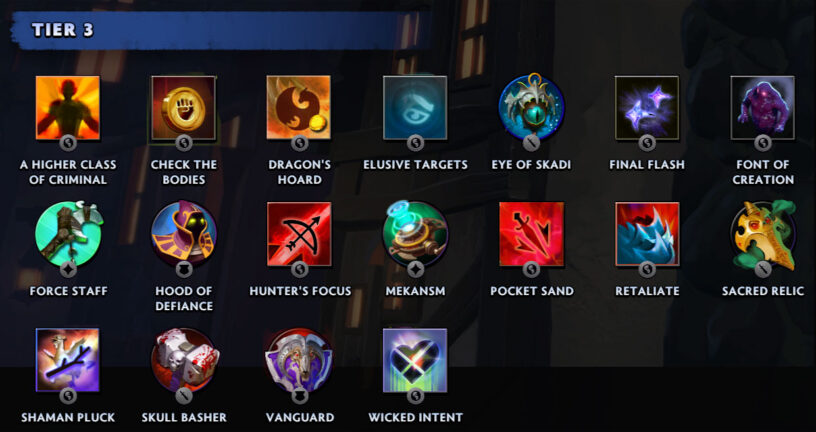