Our Dota Underlords Proto-Battle Pass Guide walks you through all of the leaks and information we currently know about this new addition to the game! Valve has indicated that this first foray into a battle pass for the game is going to be a work in-progress. That means there's likely going to be some changes to it leading into the first official season.

It appears that each season will remove certain heroes, items, and alliances to keep things fresh! We don't know a whole lot about this just yet, but it is prominently featured as an upcoming addition to the game on the official Underlords website.

Every season we'll say goodbye to certain Heroes, Items, and Alliances to make room for new additions that will shape the ever-evolving world of Dota Underlords.

There's also a lot more coming in this beta season of the battle pass, here's a quick look at some of the features you should expect (these aren't all live yet):

Each day you'll get two new challenges you can complete. They can be worth as much as 1,000 XP, so you'll want to make sure to complete these if you want to gain cosmetics and levels towards you pass.

You can re-roll the challenge if it's one that you might find too difficult or tedious to complete.

Here's a list of the rewards you'll receive as you level up your battle pass!

These gameboards were leaked very early in the game's release, and it looks like the Test/Forest board is now the Path to Sunbreeze that's available in the Proto Pass.

The skins that could be upcoming will likely be to do with the addition of Underlord personas. These will be characters you can pick from that will give you "unique gameplay-affecting changes" when you choose one. 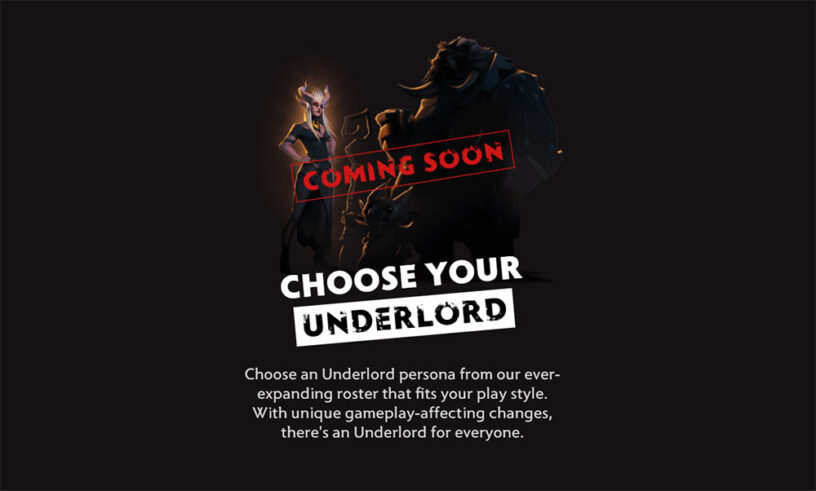