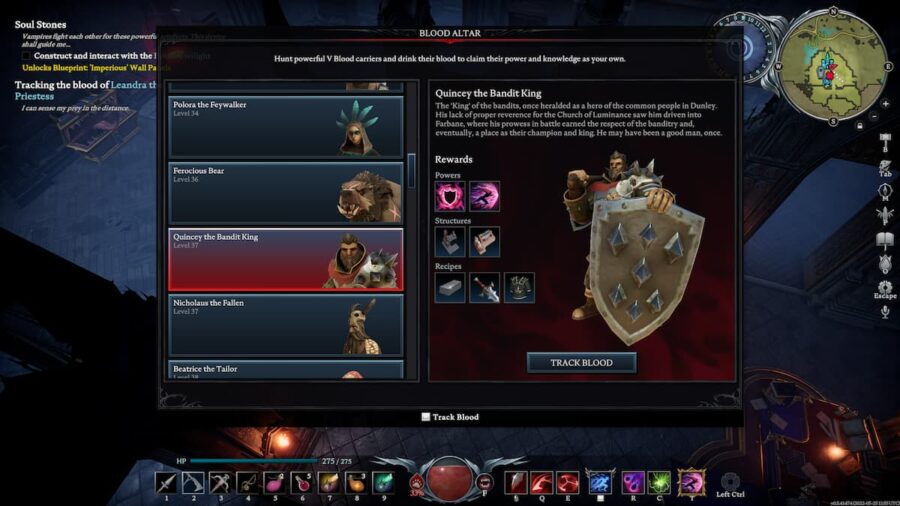 Iron Weapons in V Rising are increase the player's damage. The weapons have to be made at a specific workstation that players won't have until they reach a gear score of around 35. V Rising's Dunley Farmlands have plenty of Iron as well as anything else players will need at that stage of the game. This is how to unlock Iron Weapons in V Rising.

The recipes for Iron Ingots and Iron Weapons are unlocked by defeating Quincy the Bandit King. Quincy can be found in the Bandit Stronghold and requires explosives to get inside. Players will have to unlock the Minor Explosive Box by defeating Clive the Firestarter to open up the fortified gates of the Stronghold. Once Quincy is defeated and the recipes are unlocked, players will still have to make the correct workshop to craft Iron Weapons.

Related: Where to find Clive the Firestarter in V Rising

After unlocking the Smithy, all players have to do is place it within their castle. This requires 200 Blood Essence, 32 Iron Ingots, and 16 Sulphur. Iron Ingots can be made by placing Iron Ore in the Furnace, although they can take quite a bit of time to make. Lots of them can be found in the Haunted Iron Mine. Once made, players can interact with the Smithy to make their new weapons.

For more V Rising guides, check out How to get glass in V Rising on Pro Game Guides.

How to unlock Iron Weapons in V Rising