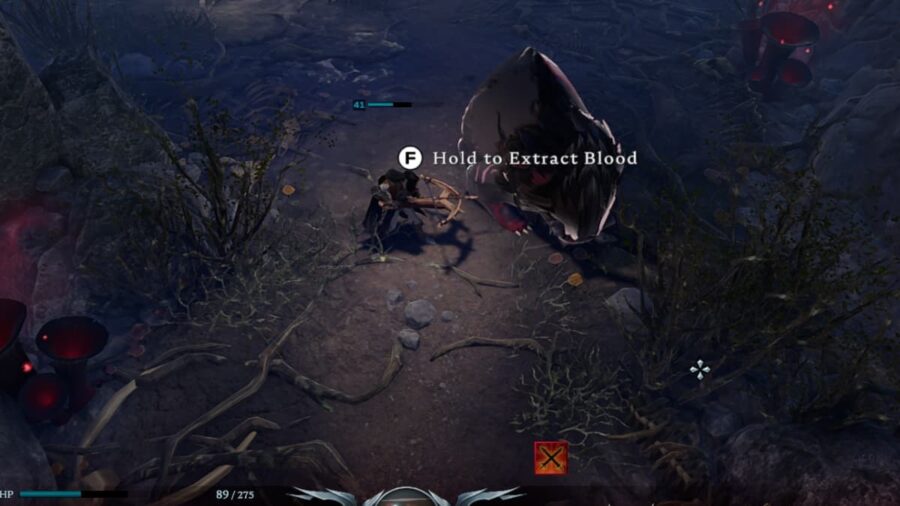 But before going to the Bear Cave and facing the Bear Boss, we recommend raising your Gear Level to at least level 36 or above. Doing so will allow you to face the mighty Ferocious Bear Boss in the game. Once you make the right set of gear, you are ready to set off to the Bear Cave in the location shown below.

Related: Where to find Polora the Feywalker in V Rising

How to beat the Ferocious Bear Boss in V Rising

Beating the Ferocious Bear Boss in V Rising is not too difficult as long as you have the right set of gear. But if you have problems, we recommend making healing items such as Blood Rose Brew and Enchanted Brew to heal and increase your spell power. Increasing spell power will allow you to deal more damage using spells such as Chaos Volley or Spectral wolf. Bringing along a friend is also recommended as the Bear Boss, while not hard to beat, can still be a pain to fight.

If you choose to bring a friend, make sure one of you has a crossbow so that one can deal significant range damage while the Bear is distracted by the melee guy. The Bear Boss will also use large AOE attacks, so save any Veil abilities to get out of the way quickly. Do all of this, and you should not have any issues beating the Bear Boss.

Can you Beat the Ferocious Bear Boss in V Rising Solo?

How to Raise Gear Level in V Rising

Raising Gear Level is generally easy in V Rising. All you have to do is make better weapons and armor, and each will raise your Gear Level by a certain amount. Making better gear will also increase the amount of damage you can take and give some powerful bonuses such as attack boosts and boosts to health. That said, If you want to raise your Gear Level high enough to fight the Bear Boss, we recommend making the following items:

What is the Bear Cave location in V Rising?

The Bear Cave is a location in the far eastern side of Farbane Woods that is good to farm the following resources in V Rising:

For more guides on V Rising, we recommend checking out both Where to find Copper Ore in V Rising and How to unlock the Tannery in V Rising here on Pro Game Guides.

Where to find the Ferocious Bear Boss in V Rising