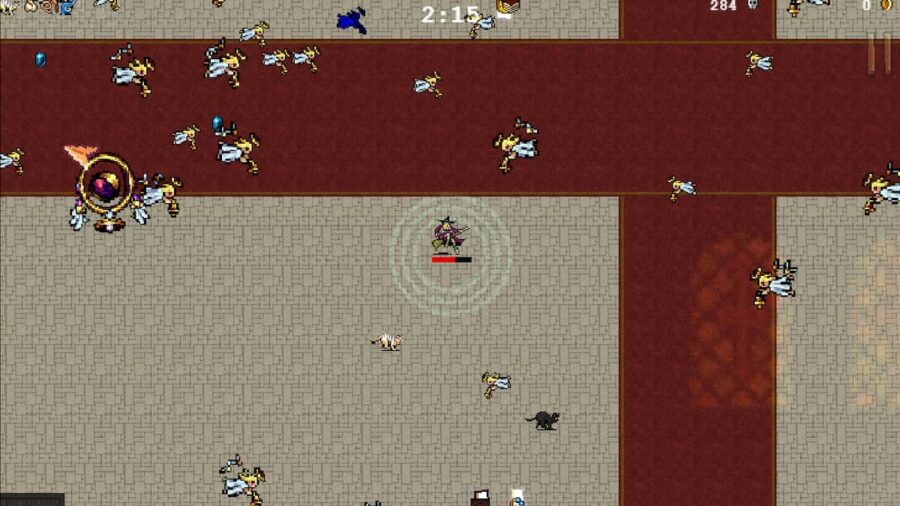 Cappella Magna is the fifth main stage in the game, and it is unlocked by completing the Lunar Eclipse event after completing the Moonglow Stage (Stage 4) for the first time. Once you’ve unlocked Cappella Magna, you’ll need to enter the run with the aim of surviving the entire duration of the level, which is 30 minutes.

Related: How to unlock the Glass Vizard trader in Vampire Survivors

After surviving for 30 minutes, a strange animation sequence will start, and you'll be tasked with fighting a new boss. The boss will fire beams at you and in multiple directions. However, you can dodge out of the way of these easily if you time things right, as there’s a small beam that appears first. Killing the boss will unlock the Game Killer Achievement.

After the boss dies, it’ll drop the Great Gospel, which will also give you another achievement. Make sure you do this quickly, as a White Reaper will appear and kill you shortly after the boss dies. Beating the boss and ending the level also grants you the Game Killer card for the Randomazzo. This card will halt your experience in-game, make dropped XP gems into projectiles, and make all chests drop at least three items per drop. This effectively kills the game and will drastically change in the way you play them.

How to unlock the Game Killer Achievement in Vampire Survivors