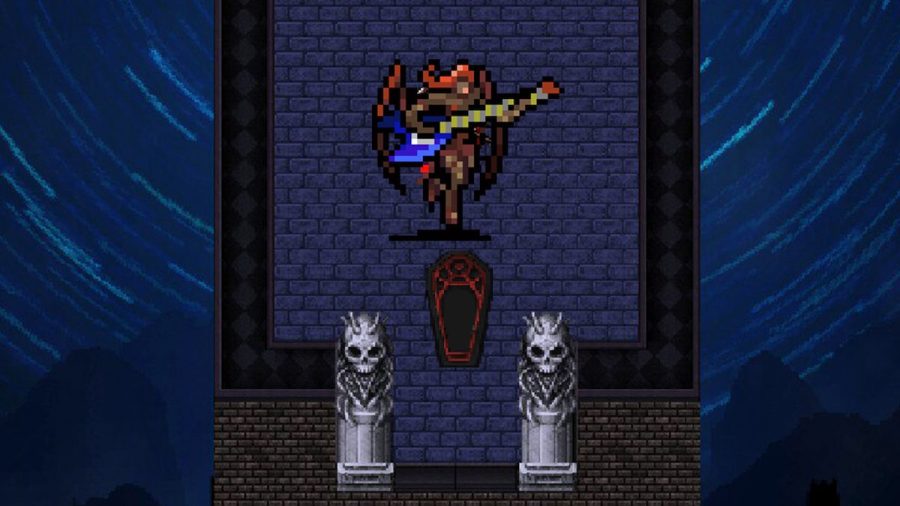 In Vampire Survivors, the Gallo Tower coffin is hidden in a secret location on the stage. Here is what you need to know to find the bonus room and how to unlock Concetta Caciotta as a playable character in the rogue-like game.

Where to find Gallo Tower coffin location in Vampire Survivors?

Gallo Tower first becomes accessible in Vampire Survivors after you reach level 60 in the Dairy Plant stage. Once you've unlocked the castle, you can hunt down a new coffin. Unlike other levels, though, the key item does not actually spawn in the overworld and is hidden in a bonus room. To find the Gallo Tower coffin location, head north for a few minutes until you find a glowing mirror on the left side of the map. Walk into the mirror, and you will automatically be teleported into a secret room. The casket can then be found by walking a few feet south of the hidden corridor. With the coffin in your sights, you will now be able to unlock Concetta Caciotta with the method detailed below.

How to unlock Concetta Caciotta in Vampire Survivors?

Like other unlockable Vampire Survivors characters, you must first dispatch a circle of enemies protecting their coffin before opening it. In Gallo Tower, the coffin is surrounded by a group of giant Knights. However, they are fairly easy to defeat, as you won't have to deal with other enemies on the map attacking you simultaneously. Using items such as Garlic or the King Bible can help you push the enemies back while also giving you enough space for protection. Area-of-effect weapons like the Cross or Song of Mana are also extremely helpful in taking out the group quickly. If you manage to get the Pentagram as a drop, you can also wait in the room for it to trigger to automatically vanish every Knight instantly. Once the enemies are defeated, walk directly into the coffin to unlock Concetta Caciotta as a playable character in Vampire Survivors.