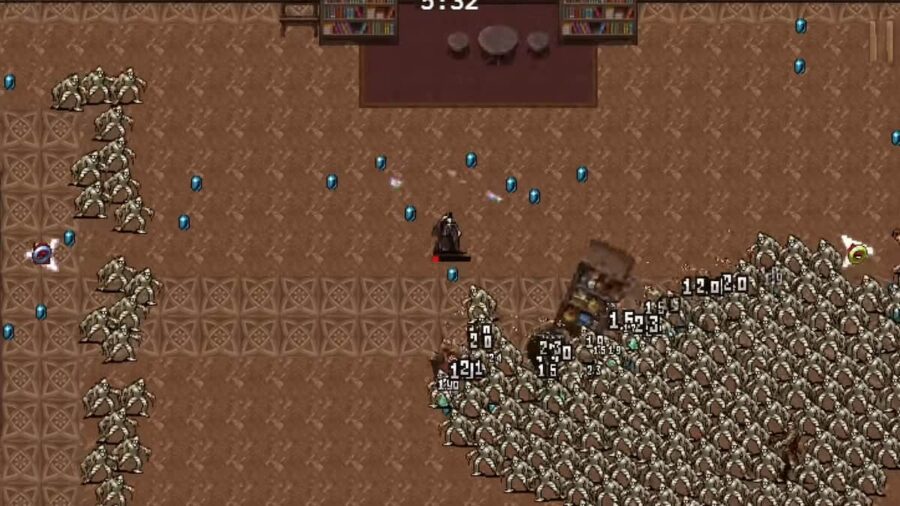 In Vampire Survivors, there’s a class of enemy called the Stage Killers. However, if you don’t know what they look like, it may be confusing. Some achievements and unlocks require you to kill a certain number of Stage Killers in order to advance. Here’s everything you need to know about this enemy.

What are Stage Killers

Stake Killers' health and damage is based on the players level, so they will be harder to kill the higher level you are. Elite Stage Killers are slightly stronger version of Stage Killers that will randomly spawn in Stage Killer waves.

The best way to kill 6000 Stage Killers is to make multiple runs in Capella Magna with your highest leveled character. This way you can score the achievement in just a few runs.

Alternatively, Ambrojoe can be unlocked with cheats. To do this, open the Forbidden Scrolls of Morbane and cast the Spell languorino.

Ambrojoe looks like a top-hat wearing man with a cane and attacks using La Robba, an egg-like weapon that spawns giant furniture to attack enemies. Ambrojoe’s basic improved stat is +10 amount, however he loses amount every two levels until level six. He then gains +1 amount to a max of +3 as he levels to 60. This means there is a definite drop off in his mid-run play.

What are Stage Killers in Vampire Survivors?